“Chernobyl diaries” was produced in America. The producer is Bradley Parker. The action of Chernobyl diaries movie takes place in the abandoned city of Pripyat (Chernobyl area) in 1986.

The main characters are several friends: 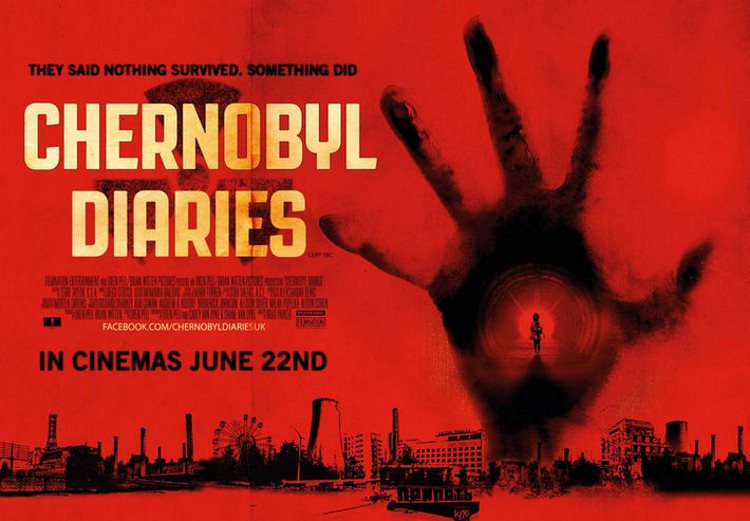 They decided to go to the extreme trip in the exclusion zone. Young people hired a guide. A conductor was the stalker Yuri. They set off to get the unforgettable impressions. Moreover, they do not wait for a long time for them.
It seems that the radioactive place is idle and deserted. There is nothing living.

However, as soon as the moon appears in the black sky, Pripyat becomes vivid. The preterhuman and noisy shouting jar the night space. The dread and the funk embrace the wretched travelers. They realize that this dead borough is not entirely empty. The tourists do not even guess that their journey would be fatal for each.

The film Chernobyl diaries often referred to the genre of horror, but, also, it is a fantasy. The humans tell all sorts of legends, including the most improbable, about Chernobyl and the area around the station. The filmmakers built the story based on one of them. 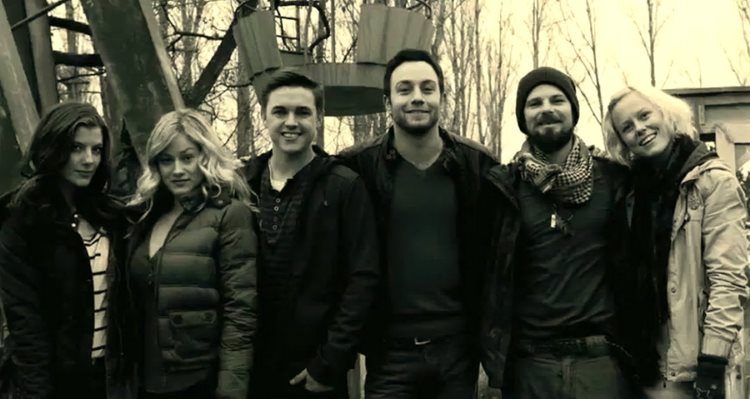 Let us know the interesting facts and some rumors about Chernobyl diaries 2012.

1. The duplicated scoring of male roles in the film produced the same men who give voice to a series of STALKER

2. The technique, situated on the parking lot of Pripyat, could not be abandoned in 1986. Inasmuch as the VAZ-21099 and AZLK-2141 were been produced only in 1991 and 1986. Moreover, AZLK 2141 was five units altogether. In addition, trolley could not be present there because of the lack of power grids for this type of transport.

3. In the film, the nearest checkpoint is in twenty kilometers. However, in fact, the security checkpoint “Pripyat” locates:

4. The spectators can catch sight of the chevrons of Special Forces “Berkut” on soldier’s shoulders. At the checkpoint, where Yuri speaks with the military. 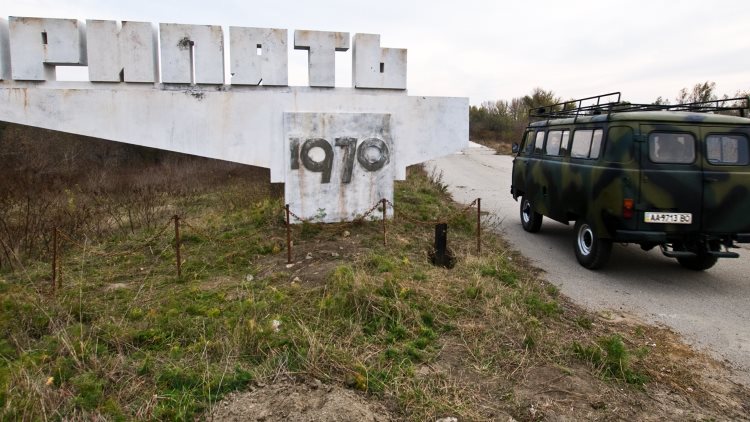 In addition, other facts prove that it is not Chernobyl area:

6. There are no bears in the Ukrainian restricted area. They inhabited the Belarusian part of the zone.

7. The conductor incorrectly uses a dosimeter. He puts it close to the ground. Thus, basically, beta emitting measured. It does not pose a serious danger, even at a very short distance. However, the measuring, of more dangerous gamma radiation, always conducts with dosimeter in working state. The device emits signals when the threshold value reaches.

The Chernobyl diaries full of negligence

Hollywood hair-raiser film – Chernobyl diaries 2012 – has caused a wave of indignation in the United States. Furthermore, some Americans criticize it. The light-headed representation of the effects of the biggest technological crash astonishes them.

According to the plot of Chernobyl diaries movie, six desperate tourists come on a trip in search of adventure to the restricted area. Discovering a ghost town of Pripyat, the youth enters the real world of a nightmare.

They had many discoveries (especially, Chernobyl diaries la mutazione):

Immediately after the premiere of “The Diary of Chernobyl”, the association of students named by the honor of Mykola Mikhnovsky has expressed protest in the United States. The youth urged to boycott the diaries of Chernobyl. “We are indignant the attempts of producers to take advantage of this terrible tragedy.” – said in their statement. 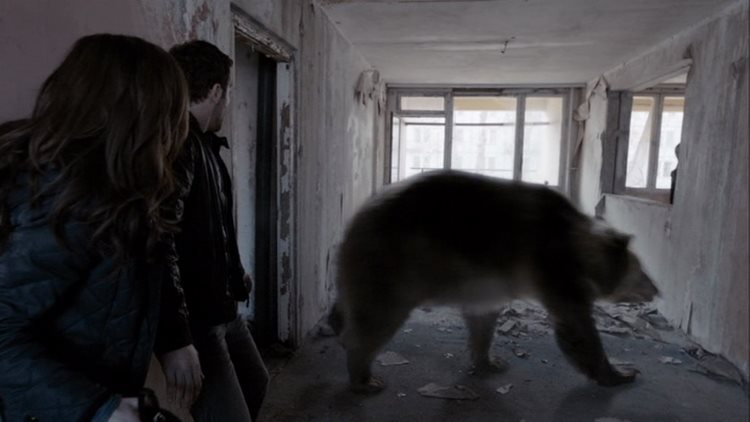 By the way, the American journalists and the leaders of public organizations of the United States joined to this plea. With aid of such expressive declaration, the students appeal to thumb down the Chernobyl diaries through the social networks.

They pointed such reasons:

1. Because of the shameless use of hundreds of thousands of lost lives and the growing number of victims who are still alive.

2. The authors profiteer on this topic for personal enrichment and material goals.

Additionally, on the opinion of students, the plot of the film Chernobyl diaries:

The Chernobyl diaries watch in Ukraine

After reviewing Chernobyl diaries online, there is a surprise. How could the government allow showing such flick in Ukraine?

The international community resents because the producers attempt to interest the viewer’s world, cynically capitalizing on the Chernobyl issue. For example, in the US, the presentation occurred with the eloquent slogan “Feel the radiation dose” accompanying by the Chernobyl diaries soundtrack. 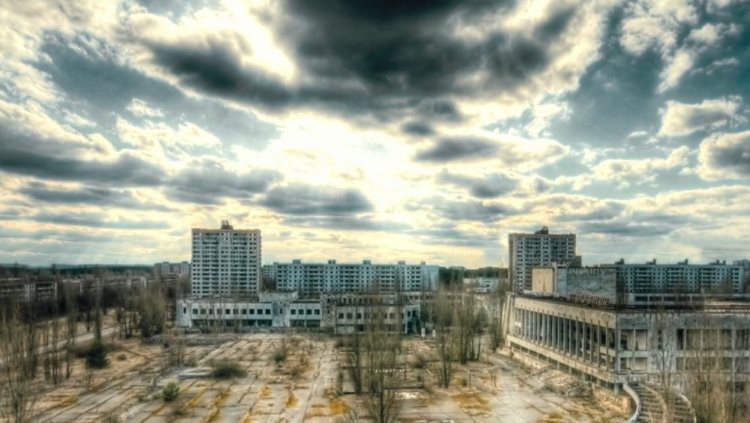 It is so amazing because there are:

For example, in the Chernobyl diaries ending, the Ukrainian military shot the main hero, who asked for help in English, because they did not understand him. But, the heavily irradiated girl survived, after the walking to the unit. “Smart Ukrainian soldiers” have closed her in a cage with mutants – shifters. They did it in order that she did not tell anything to anyone.

However, the State Agency of Ukraine for Film Affairs officially allowed the rent the film – Chernobyl diaries 2012 year – on May 22. They did not see anything contradictory and abnormal in it. Members of the advisory council for the dissemination and selection of films have not even seen how Chernobyl diaries ending. 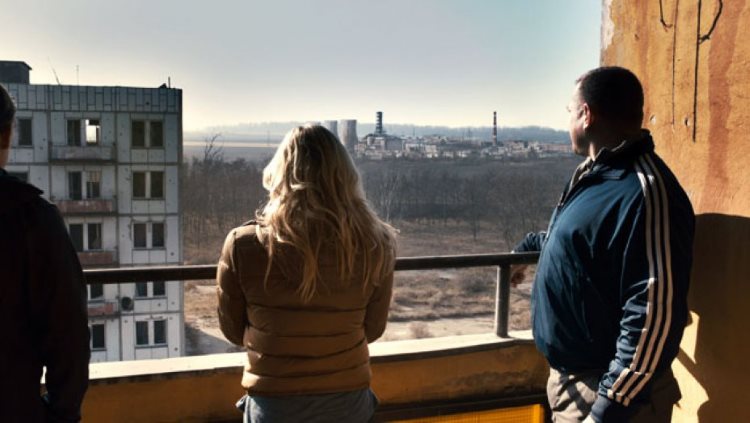 Nevertheless, they gave a certificate and permitted to Ukrainians, the Chernobyl diaries watch online. All 19 members of the expert committee watch the movie only if there are differences concerning the determining the age of the audience or some other issues.

Theme of Chernobyl distorts intentionally in the films

This is done in order to skew people’s perceptions of the tragedy and of the exploits of the heroes-liquidators. Unfortunately, such movies are far from the serious historical truth. Let us illustrate the assertion with an example. In Russia, there was a film about two young people. The youth drove into the exclusion zone on a motorcycle and died there. In this movie, there are not any good or instructive meaning. 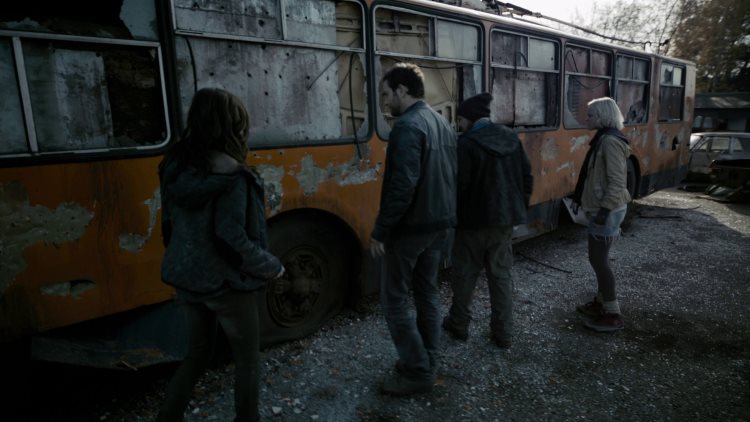 Notwithstanding, there is a few deviations categorical statement. In Ukraine, Russian company films mini TV series “Butterflies”. Among other things, it states that hundreds of thousands of butterflies die from the emitting. However, everyone understands that when the nervous system arranged simpler, by that, it is more resistant to radioactive emanation.

It is sad, but today, documentary and feature films very primitive covers the Chernobyl tragedy.

Maybe, looking at this movie, you could feel the need:

In conclusion, the flick “Chernobyl diaries” by its content correspond to harsh reality (in a figurative sense). The distorted actuality, about Chernobyl failure or the theme of today’s life in Chernobyl, does not make it possible to feel the values of the liquidators and their heroic feat. It is necessary to show the self-sacrifice Chernobyl men. 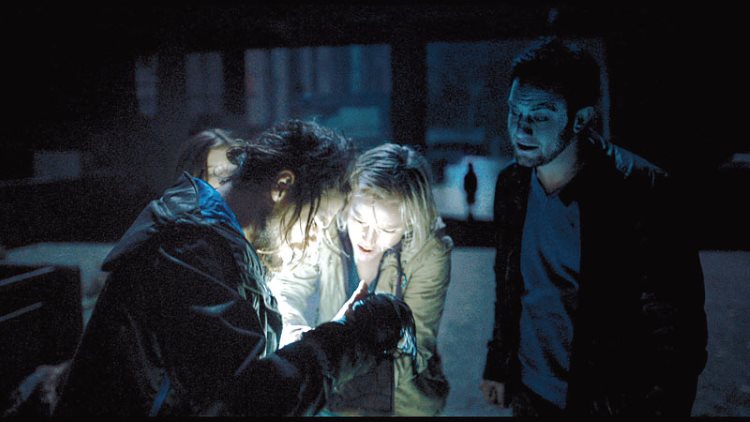 The movie has to tell about the courage of the persons who saved the world. It is not right to embellish the adventures of teenagers who are looking for extreme adventure. Despite all information, it will be much better that you see Chernobyl diaries online and make your own impression.