Chernobyl map: whether it really exists or is it a legend?

After the Chernobyl accident, all components of the atmosphere have experienced strong pollution. The most polluted areas are near Chernobyl zone (up to 3-5 kilometers to the west and the north east of the station). By the way, where is Chernobyl map of contamination?

If you search “Chernobyl Ukraine map” there is one of the trustworthy sources. A group of scientists made up “Atlas of Radioactive Contamination of Ukraine”. They created it based on scientific research. The Atlas is a scientific reference publication. It is designed to inform the specialists and the public. 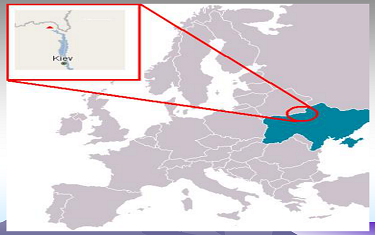 The Atlas Chernobyl map of affected areas in Ukraine and highlights the outcomes of the Chernobyl catastrophe. Also, the Atlas focused on the main issues that society and the affected population got after the accident. The Atlas comprises four information segments according to (each section is obligatory accompanied by maps):

We can say with confidence that the experts developed different prototypes of Chernobyl contamination map. They show the radiation situation on the determined territory. Basically, these maps characterize the levels of surface impurity by radionuclides – cesium-137 (137Cs), strontium-90 (90Sr), americium-241 (241Am). 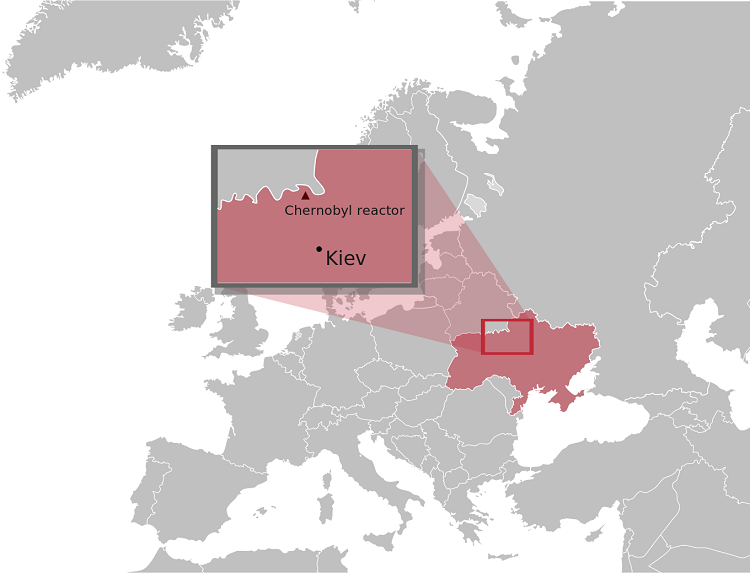 Chernobyl cloud, what is it?

The base of these phrases is word combination Chernobyl map. In the first place, for all humankind, word “Chernobyl” became synonymous with the terrible tragedy of huge technological atmosphere disaster.

The Chernobyl tragedy united all of us. Horrible man-made catastrophe united all world. That is why when we hear “Chernobyl cloud map” we can imagine like huge cloud covers half of Earth. Nonetheless, we astray mostly. The radioactive cloud was not tremendous or black. It was enough big and invisible for the human eye. 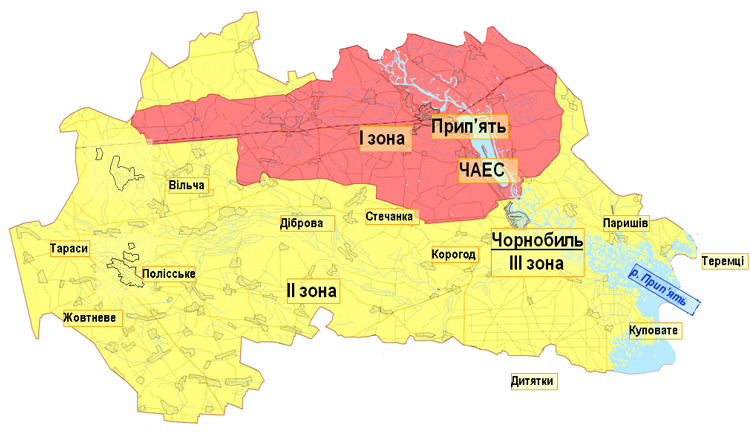 During the first days after the accident, the cloud has caused the greatest levels of radiation for northern regions of Kiev and Zhitomir of Ukraine, the Gomel region of Belarus and the Bryansk region of Russia.

A short time later, the wind blew a cloud of radiation to areas that are more distant. Because of this natural process, the contaminants in the form of gases, aerosols and fuel particles settled in Austria, Germany, Italy, UK, Sweden, Finland, Norway and other countries.

Chernobyl cloud was recorded by national departments of different countries that conducted radiation monitoring on the territory of Asia, North America, on the water area Atlantic and Pacific oceans in the northern hemisphere.

So, except Ukraine, Belarus and Russia substantial contamination from the Chernobyl disaster have experienced in Sweden, Austria, Norway, Germany, Finland, Greece, Romania, Slovenia and Switzerland.

There is less level of radioactive pollution in other European countries. Nevertheless, all countries that felt the presence of radioactive cloud were painted on the Chernobyl fallout map.

The map of Chernobyl fallout in context of surface contamination

Chernobyl on the map of radioactive pollution is presented like the hearth. The most dangerous area is an industrial Chernobyl site according to the map of Chernobyl pollution. High levels of ionizing radiation are related to contamination by the nuclear fuel on this territory. The fragments of nuclear fuel were ejected from the explosion at the fourth reactor. 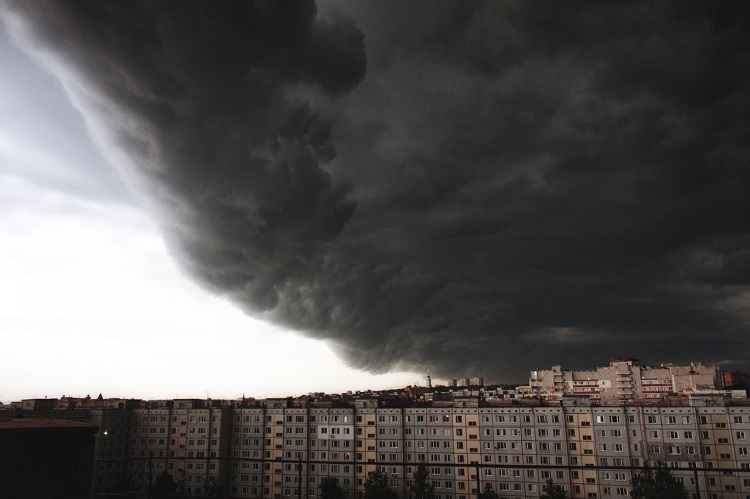 It should be noted that Chernobyl map radiation has improved significantly in twenty years (in the exclusion zone). The dose rate at the surface of the soil has decreased by hundreds of times Background radiation decreased by two to three orders, especially, in areas where decontamination work was carried out (removal of top soil).

The main source of gamma-radiation is cesium-137. In the vast majority, it is located in the soil (in the upper 5-10 cm soil layer). Radiation conditions of the exclusion zone vary and change (decrease) depending on the distance from the source of emission.

There are areas where the intensity of the vertical migration of radionuclides in the soil is higher than in other parts of the exclusion zone. These places are periodically exposed to flooding. The main part of this activity makes cesium-137 and strontium-90. The specific activity of radionuclides has decreased by more than 40% in the past 15 years.

The items of temporal localization of radioactive waste are particularly noteworthy. It is a burial place of radioactive materials (high topsoil). The burials were conducted in a very short line. The workers have not created the safe isolation of radioactive pieces of stuff from the environment (groundwater, etc.) because of the rush.

On the Chernobyl map of the exclusion area, we can count about 800 such burials. They contained more than 1 million cubic meters of radioactive waste.

The map of Chernobyl fallout: radionuclides in the environmental components

The radioactive stuff is invisible to the human eye, but it is very dangerous for the human body and for all livings things on the planet. The Chernobyl contamination map illustrates different levels of pollution. But where is radiation hide? There are three main environmental components where it definitely based: 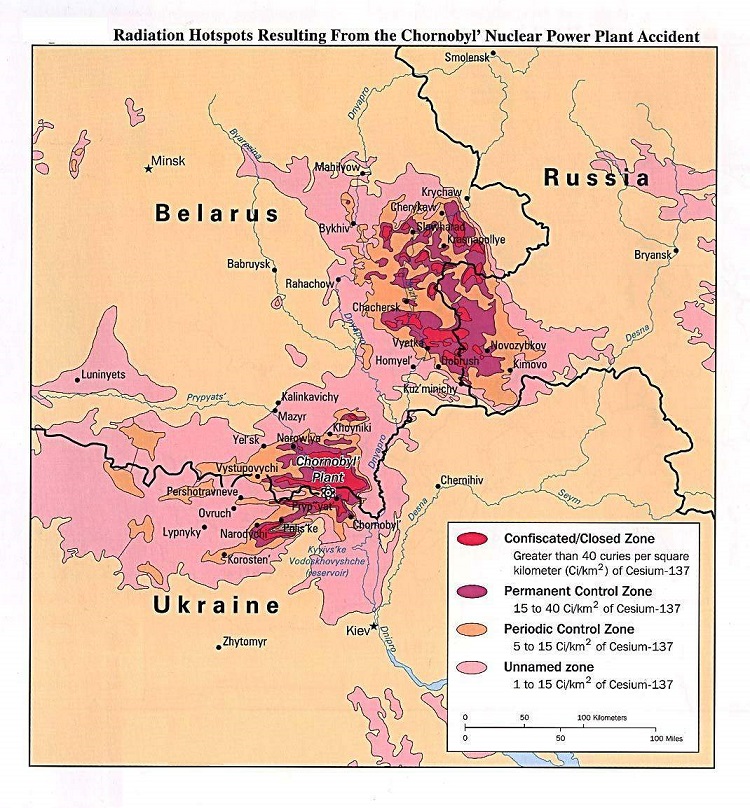 The existence of radioactive materials in the soils of the zone leads to impurity of groundwater, open water bodies and the atmospheric boundary layer. The parameters of pollution of the environmental components are under constant control.

At the moment, the pollution of the air by radioactive substances is significantly below the prescribed limits. It is interesting that the content of radionuclides varies depending on the season: specific air activity is higher in half to two times in the warm than in cold season.

Sometimes there is a sharp increase in air activity of the Chernobyl zone. It is often associated with an economic (human) activity, weather conditions and fires. For example, there were many fires in the exclusion zone in summer 1992. They were the cause of the sharp enhance the content of cesium-137 in the air. In such circumstances, the human body can get heightened irradiation by inhalation of radioactive aerosols. It leads to an internal human exposure. 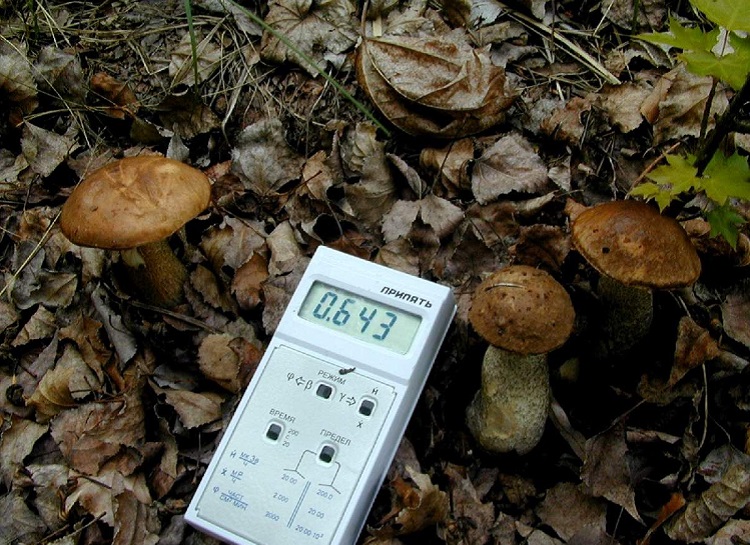 These radionuclides are washed away from the surface thereby contaminating the water. This process occurs because of intensive rainfall that flood same areas of the exclusion zone. Astoundingly, the radioactive dose is not greatly higher than the norm.

Let’s make a short conclusion. We discussed where is Chernobyl on map, looked through the Chernobyl affected area map and tried to describe the levels of radioactive pollution of surface and in environmental components (like soil, water and air). All villages, towns and cities from Chernobyl area map are desolated.

Inasmuch as there were emissions into the air, the large amounts of radioactive elements provoked constant and durable pollution (plutonium, strontium and cesium). These compounds emanate radioactive rays (radionuclides). They have the capacity to accumulate in water, air, soil, all living organisms and have prolonged impact on the atmosphere. 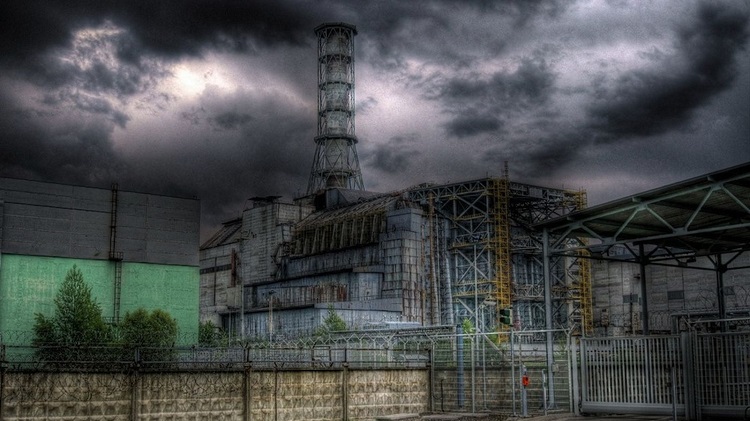 If you want to exclusion one, the Chernobyl location map will not help you! A person can not get into a zone, the entry is prohibited. People have possibility take a trip to the place of Chernobyl exclusion area only with the official guided tour.