Chernobyl Mutations in Humans and Animals 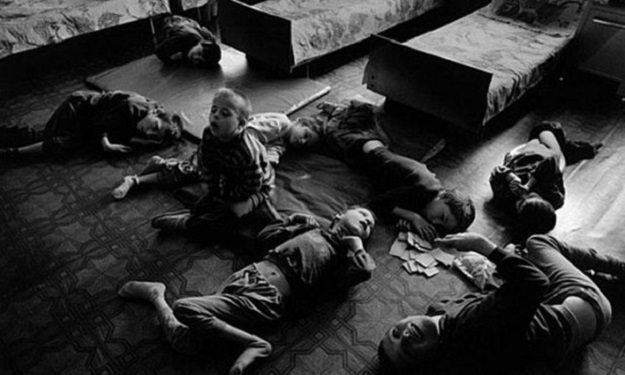 Chernobyl Deformities: The Effects of the Nuclear Disaster

There were many health effects that were short term and long term after the disaster. This applies to both animals and humans that suffered from Chernobyl mutations in their generation and those that followed. This was due to the radiation and other debris and chemicals that were released from the Reactor that exploded. It was the radioactive cloud that affected the country as well as other countries, far and near. The first evidence found made people believe that the contamination came from Sweden when radioactive material was found on their nuclear plant employees’ clothing.

After Sweden investigated, they discovered that the radioactivity had come from the Soviet Union since there was no leak in Sweden. It was said by the French government that the radioactivity did not pass Italy. Some foods were restricted in the area in the country of Italy but France did not take any precautions like Italy did. The French did not act accordingly and were left with the task of appeasing the public’s fears. 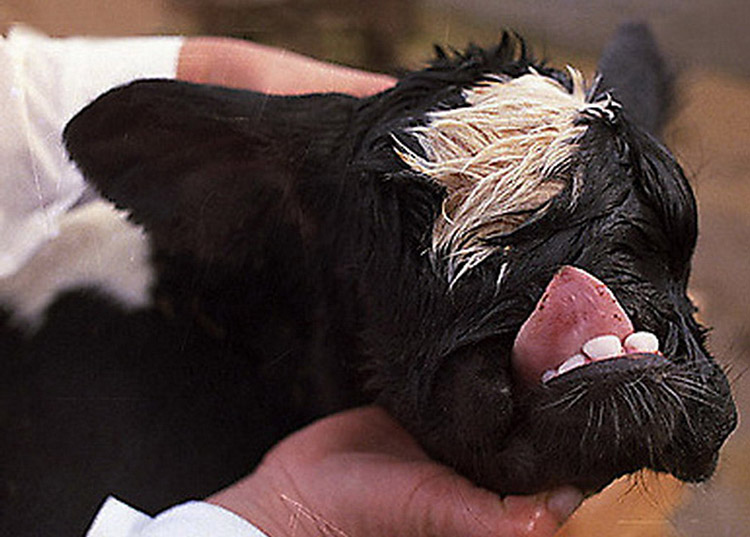 Since the contamination was far reaching, the damage was not spread out evenly so some areas were affected more than others and many people suffered because of it. Many people were hospitalized due to medical problems such as respiratory problems and later on, even cancer. After that there children suffered from  Chernobyl deformities. Much of the contamination was dealt to Belarus, an estimated sixty percent of it. Soviet Union, Bryansk and Ukraine were all greatly affected and many areas, especially in the Soviet Union, were evacuated. 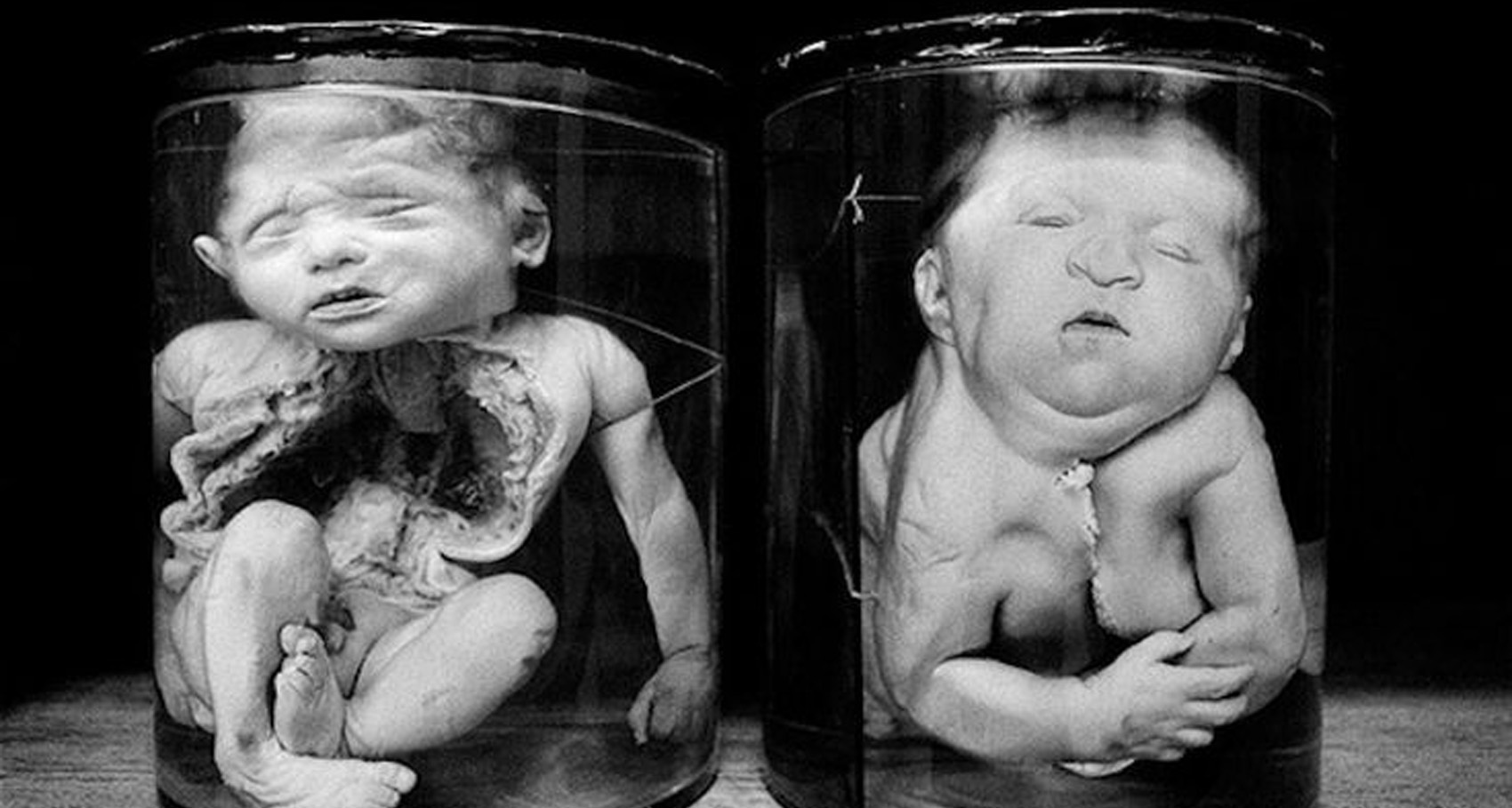 It is believed that when the Chernobyl accident happened, 31 died at the location from radiation exposure because they did not know at the time, how dangerous exposure to radiation could be. The inhalation of the smoke also contributed to the deaths. It is also believed that even 70 years after the fact, there will be an increase in people who have cancer, even children. The rate of increase is expected to be 2% but this is just an estimate and it could be higher or lower.

At the time of the Chernobyl radiation disaster, Reactor 4 had 180 metric tons of uranium dioxide, out of which anywhere from 6 to 30% was released into the air and the surrounding environment. There was nothing to hold it in, no protection from escape when the fire erupted. The fuel that was in the reactor vaporized and flew into the surrounding air and land. It spread quickly through the atmosphere. 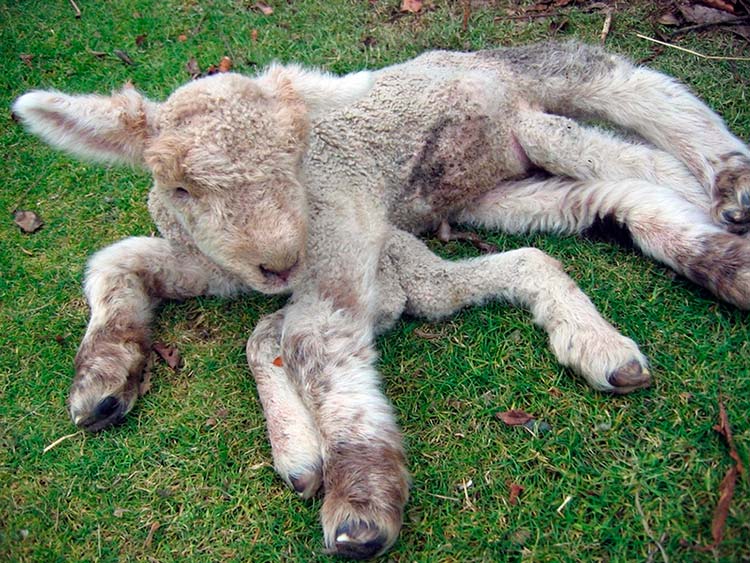 The workers who helped clean after the Chernobyl accident were not equipped to check the levels of radiation which is why they were so heavily affected. The exposure to radiation was only estimated and not actual figures. Some were given more effective doses than others. The number of people involved in the cleanup process ranged from 300,000 to 600,000 people but they did not go to the area until approximately 2 years after the Reactor 4 disaster.

The people who helped cleanup were called liquidators and in the first year afterwards, there were over 200,000 people engaged in this activity. The people who were part of this crew were given a dose of 165 millisieverts.

Chernobyl Mutations in Humans: How Humans and Animals were Affected

Many years after the Chernobyl accident, there were people who still had health issues. The radiation that leaked after the explosion still harmed people and Chernobyl animals as well as plants that were in the area. There were many patients who were treated for diseases such as thyroid cancer, leukemia and also respiratory illnesses.

The high radiation levels made the residents prone to life-threatening illnesses in which some people could not afford medical attention, a fact that contributed to an increased death toll. After the accident and due to the radiation, healthy foods were not available since crops could not be grown on the land. This led to malnutrition which also contributed to Chernobyl mutations and also health problems. 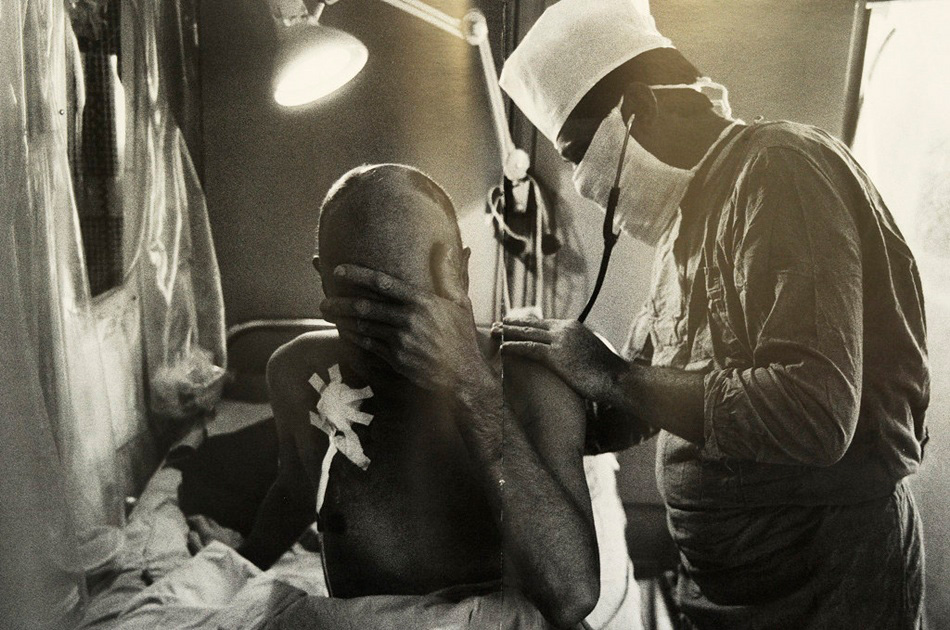 Chernobyl Human Mutations. What is Genetic Mutations are?

Chernobyl child mutations include the fact that some children were born with heart defects caused by genetic mutation from the radiation. This issue was difficult to fix among many children since medication was difficult to get and because of the cost factor when it was available. 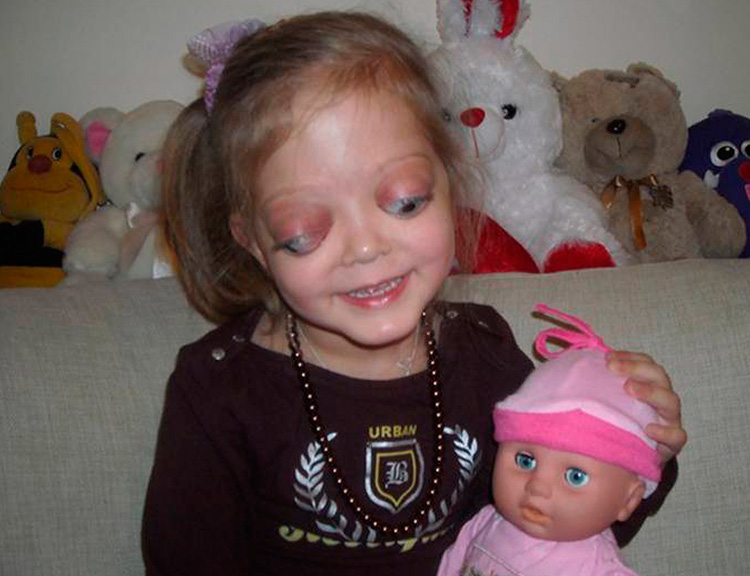 During the year 1986, the year of the Chernobyl Power Plant Disaster, the number of babies born with birth defects significantly increased by a rate of 200%. The number of those that were reported increased more than this and there were probably more that may not have been reported. Because their defects were because of genetic mutations, they are likely to pass it on to other generations. This leads to more birth defects and possibly more Chernobyl mutations from radiation. Because of genetic mutations, Downs Syndrome was a common occurrence due to radiation effects. 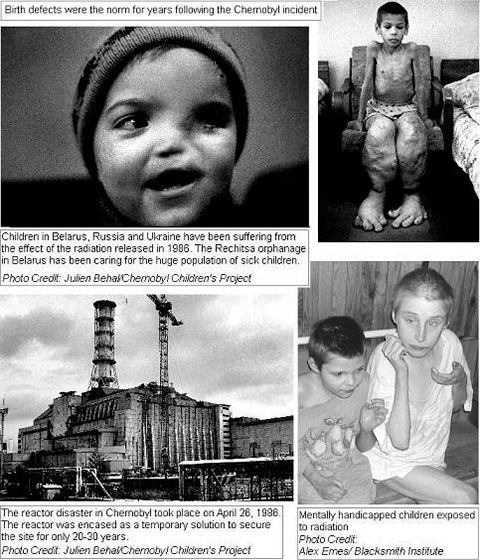 Health problems continued to increase since the children were forced to live in areas with high radiation levels. They couldn’t move since they were unable to work and they had no other people to help raise them. The children were living in severe poverty. Some were forced to reside in medical and mental facilities that were supported by the government.

Chernobyl Animals Mutations from Radiation. What are Genetic Mutations?

Many animals travelled back into the area because of the lack of presence of humans and the problems caused by them. Reproduction of the animals was difficult because of the high radiation levels. When some of Chernobyl animals were able to reproduce offspring, unfortunately, they were born with mutations and various birth defects. In some cases, the type of Chernobyl animal could not be recognized. There are many wild boars that do not resemble their natural form. 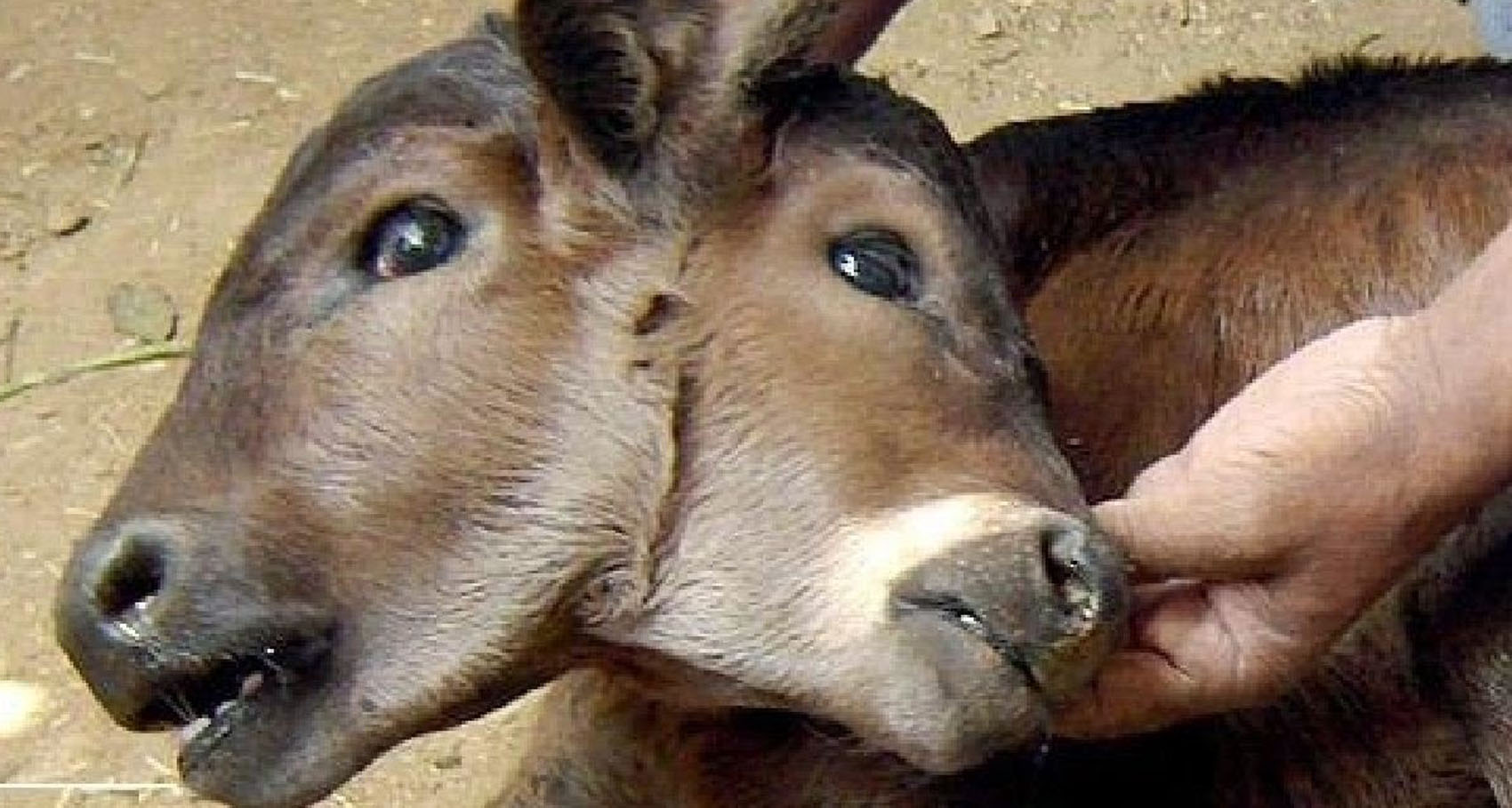 Even though the area is considered dangerous for life, the animals such as deer and elk still stayed in the radiation-ridden lands. The population is very high with many Chernobyl mutated animals. As mentioned, reproduction was limited but this was just a temporary effect. The population continued to increase but not without health effects. Without people around, they thrived on the plants since they were not removed or destroyed to be used for other purposes such as building and farming. 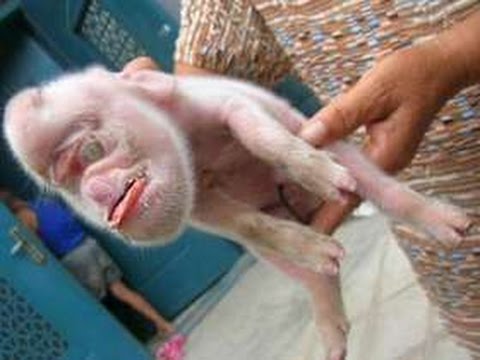 There were many signs of radiation effects on the animals. Because of the stress and the lack of antioxidants, many Chernobyl wildlife mutations included an under-developed nervous system and smaller brains which led to the inability to think properly. The birds that called the radiation area home were affected by Chernobyl animals mutations since they had much smaller brains compared to those that were not in radiation areas. Some of the swallows found in the area have physical mutations and physical abnormalities. The typical characteristics of this include deformed tails, discolored feathers and improperly shaped air sacks. They will fail to survive in radiation affected areas. 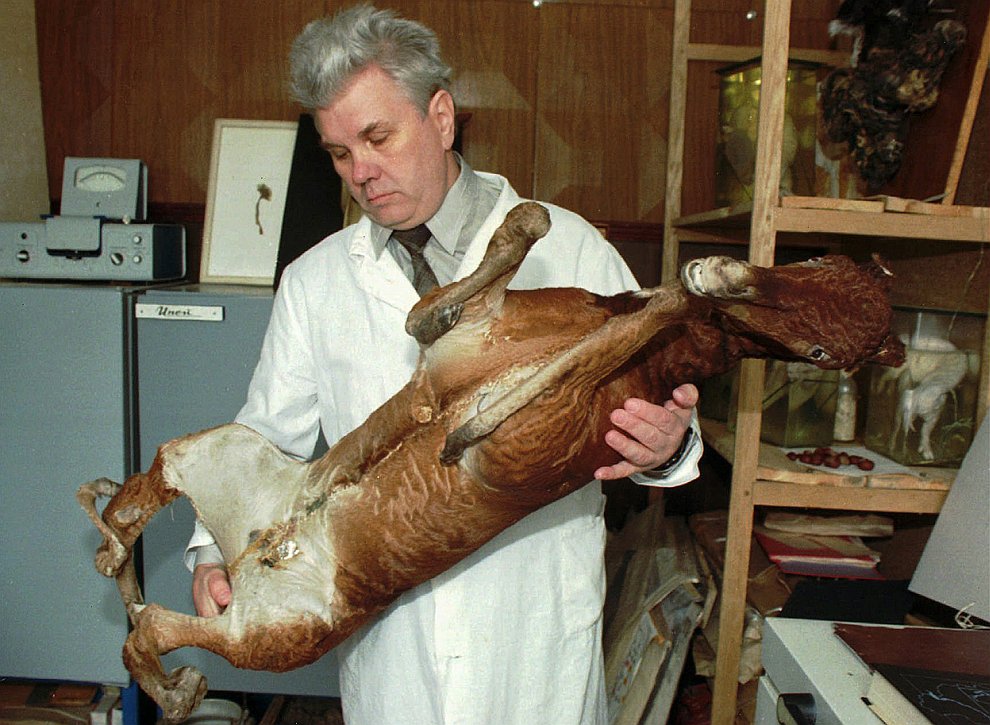 Because of high radiation levels, radioactive iodine was present so Chernobyl animals did not have food that was safe for consumption, especially cows. This led to contamination of milk produced by cows. The roots of the plants can easily absorb the radiation and materials like strontium and caesium.

The plants located in the forests are still contaminated because of the caesium radioactivity that is shared by the insects and other wildlife living in the areas. It is said that the berries and mushrooms as well as the Chernobyl animals should not be consumed for food because of the high radiation content.

Because of the radiation levels, some trees and shrubs have dried up and changed colors while others are short when they should not be like this. Chernobyl plant mutations have destroyed a once beautiful area. 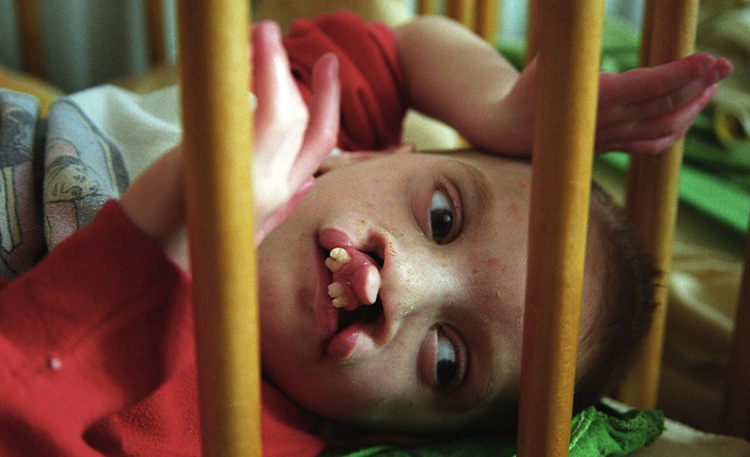 The radiation from the Chernobyl Power Plant contaminated bodies of water such as reservoirs, rivers as well as lakes. Because of this, there were fish mutations. The seafood in the water bodies was not edible because of this. Wildlife and humans had a shortage of food because of the effects of radiation on the water and the plants. The fish living in the water has high level of radioactive iodine. This effect was felt in more areas, in other countries as well as areas close to the horrific accident.

What is Genetic Mutation are?

A mutation is when the genome of a living organism is changed. Let’s answer the question, “What are genetic mutations?” You must consider DNA. This means that the genes you have that are given to you by your parents. At times, circumstances out of our control can have an effect on us. This is the case with Chernobyl human mutations. If the DNA is damaged and attempts to repair it are not made or are unsuccessful, this can affect the DNA of your offspring. Some parts can be added or some parts can be deleted causing birth defects and other malformations. Problems with organs in the body and other systems such as the immune system may develop. 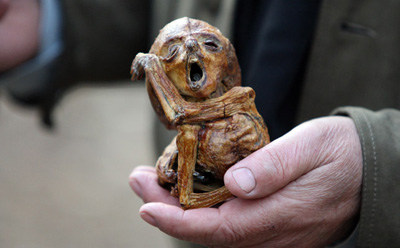 Though genetic mutations are not common, some can have serious effects on a person while others have no effect at all. There are times when genes are affected and other cases where the genes and DNA remain untouched. Genetic mutations are, depending on the type, reversible if you opt for DNA repair, but in the case of Chernobyl mutations, genetic or not, they could not be repaired. 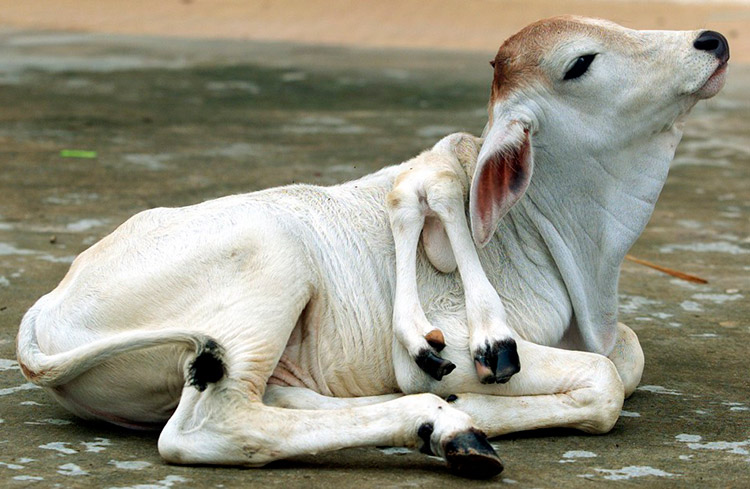 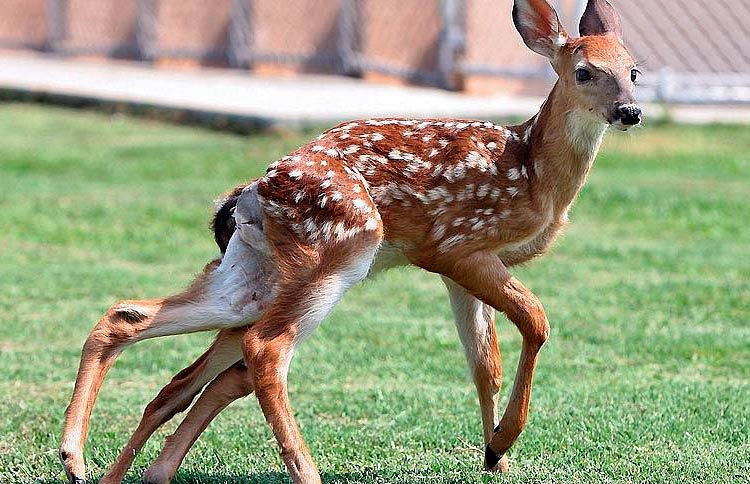 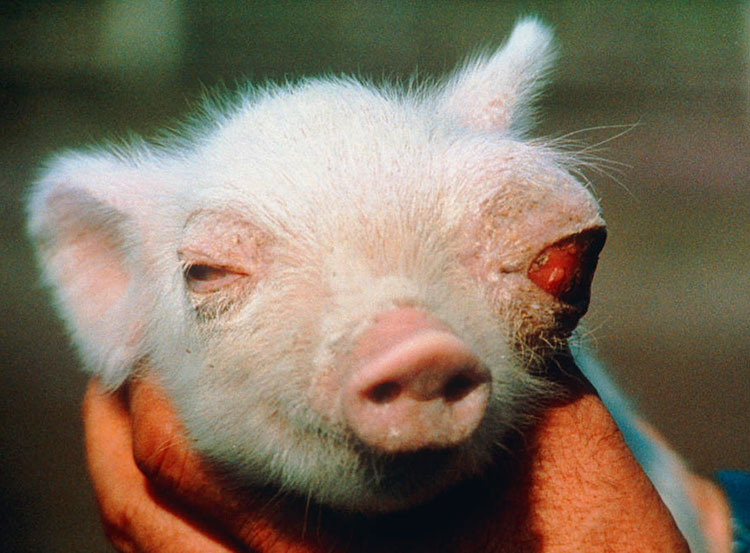