Currently, the scientists all around the world are studying the effect of radiation on wildlife: watching the life of animals and the development of vegetation Red Forest in Chernobyl. Today it is possible to trace the influence of this terrible disaster: mutations on the pines and animals is the striking example of this action.

The laboratory field investigations of the wildlife in Chernobyl indicates what happened under the influence of chronic exposure: 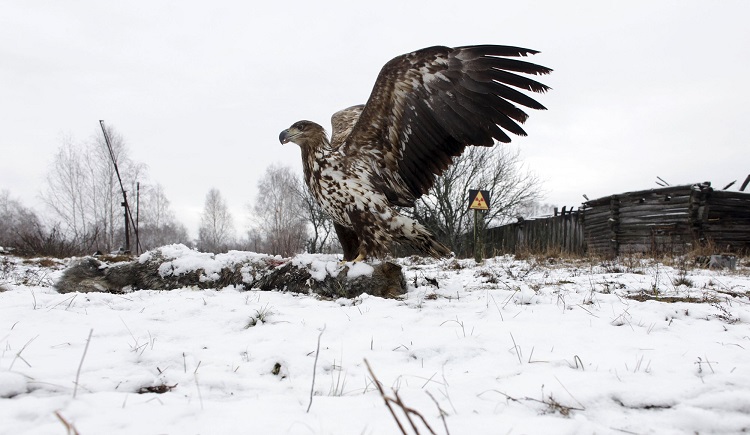 The local flora and fauna were under attack: the fallout does not distinguish between of biological species; it is dangerous for everyone. Besides, no one evacuated the birds and animals from the danger zone. At first, the death rate among them exceeded the limit.

A new study contradicts previous research works. This research based on the animals’ tracks on the snow. The scholars detected that the quantity of animals reduced. However, they could not estimate the possible radiation dose, which the animals obtained.

The factual dosage hinges not only upon the level of outer poisoning but also upon a scale of radioactive substances that animals receive with food and water. In the renewed investigation, these estimates were more accurate.

The integrity of the underground water is another area of anxiety after the crash. An initial degree of the groundwater intoxication may have been promoted because of the special way of recycling, used for the Red Forest. Most of the Red Forest was destroyed by bulldozers and buried into trenches. In such obstacles, the radiation from the decay of trees washed into groundwater. 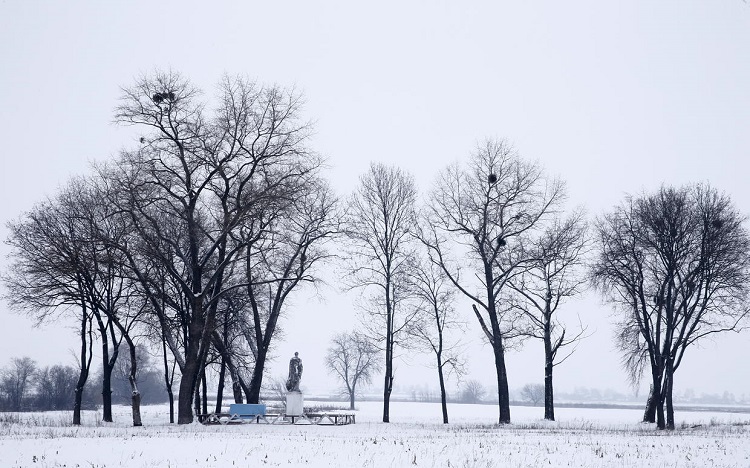 The effects of the burst obviously caused negative consequences for all life on the Chernobyl lands. Currently, environmental sustainability restored even in the same regions that experienced the fatal dose of radioactivity.

The scientists came to a startling conclusion: the wealth of flora and fauna in Chernobyl exposes that the presence of people is more damaging to wildlife than the contamination. However, it is advisable to consider the impact of toxic substances on flora and fauna separately.

Wildlife in Chernobyl: about fauna

Some biologists have investigated the effect of radiation on the population of wild fauna, such as insects and spiders. They concluded that it has a significant negative effect even at the low level (as in natural background radiation). If these results are true, they will significantly affect the modern radiation protection for people and the environment. 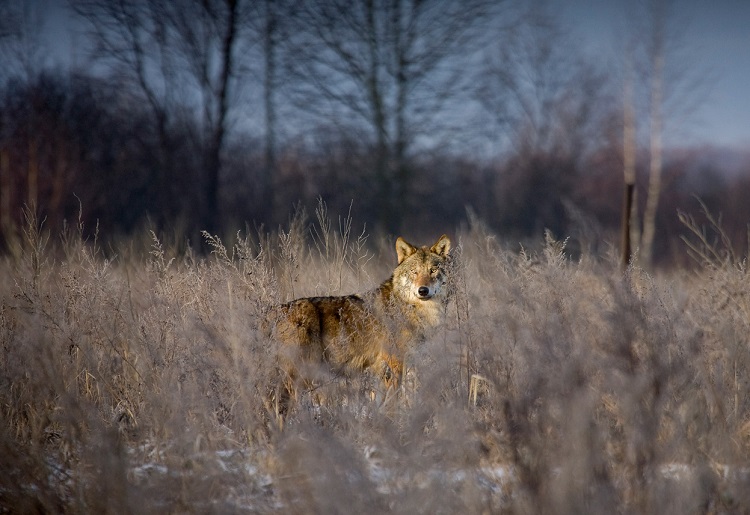 The ecologists say that the biodiversity of polluted areas is changing under the influence of various factors. Thus, the number of wild pigs has decreased due to illness, and the types of mice, accompanying human settlements, were replaced by wild species. The white stork, companion of human habitation, is almost completely gone, in its place settled gray stock.

There are also unique finds. Thus, biologists recognize that the species diversity of wildlife at Chernobyl sharply replenished in three decades. It came back brown bear and other kinds that were considered rare visitors.

For example, on this terrain nesting black stork, white-tailed eagle, gray cranes, swans, ducks, eagles and grouses. There are several kinds of owls (including eagle owl), unique fauna of bats. Many kinds of birds are there, which scholars last saw in Ukraine 50 years ago.

The beasts are accustomed to the security and are not afraid of humans. They are full owners, even changed the rhythm of his daily activity. The humans are on the rights of the guests on Chernobyl lands. There are a few examples: 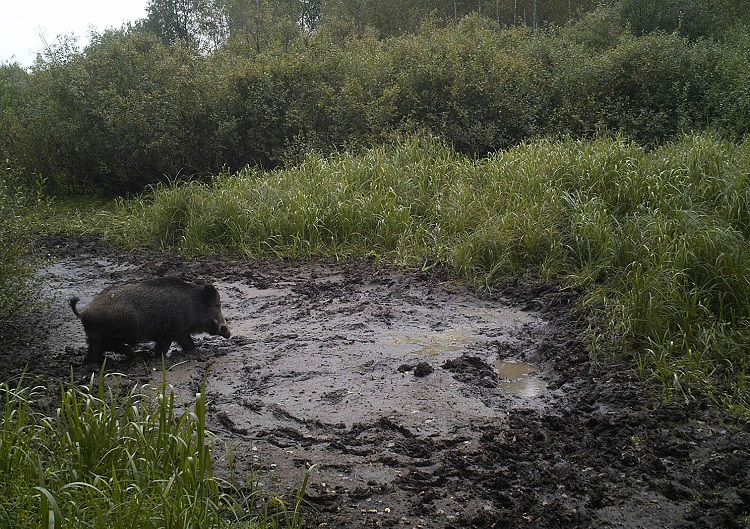 Wildlife in Chernobyl: about flora

The alienation zone is a huge and predominantly forest area, hiding many mysteries from the eyes of the uninitiated. It is the least populated and most forested ground in Europe. Despite its beauty, it is very dangerous. There are Chernobyl wildlife pictures that will illustrate why it is so dangerous:

The basic types of natural vegetation that grow in wildlife around Chernobyl territory are forest, meadow and marsh greenery. There are rare species of plants, even orchids. At the time of the termination of economic activity, the former agricultural land (of plant cover) undergone the substantial transformations. 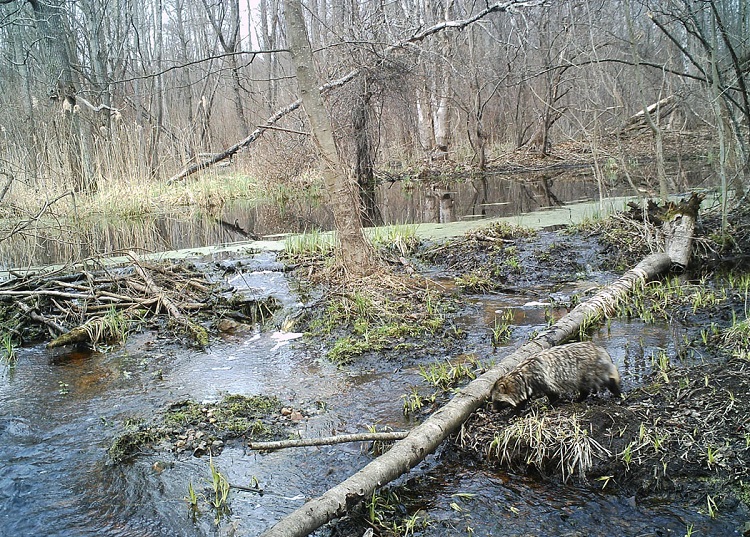 The ecologists point out intensive processes of overgrowing meadows and deposits of the arboreal vegetation (wind entering). The scientists believe that due to natural processes more than 40% of grasslands is covered with arboreal greenery:

Let us speak about Chernobyl wildlife mutations. It is noteworthy that there are certainly credible facts about mutants and Chernobyl wildlife documentary information exist too. In the alienation area, the mutants are plants. The long-term radioactive contamination could lead to mutation. These poisoned elements intoxicate the water and the soil. In the first place, this factor influence on plants.

The large ejection of elements such as cesium 137 and strontium-90 was carried out because of the accident. They are analogs of other radioactive substances as calcium and potassium. Their absence made the Chernobyl soil less productive compared to the humus from other regions of Ukraine (it was before the crash). 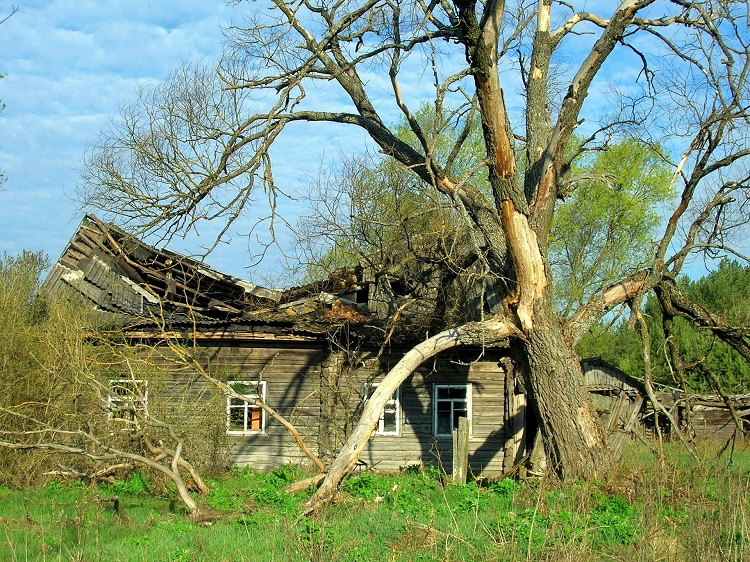 The emission of chemicals served as the reason of the appearance of some kinds of fertilizers in the soil and the water. It led to the rapid growth of various plants. Plants mutated and began to reach unprecedented proportions. These Chernobyl wildlife mutations apply to agricultural crops and wild plants.

Because of the disaster, the wildlife of Chernobyl is “protected by the radiation.” This is an opportunity to restore Chernobyl wildlife today, on the large areas. These lands have a number of important functions:

Many scientists insist that it needs to create the Chernobyl wildlife refuge, rather than returning the land into agricultural land use. The reserve was established on the territory of Belarus. The creation of Chernobyl wildlife sanctuary is important because the most part of the exclusion zone is located on the terrain of Ukraine.

The project of the biosphere reserve is attractive because the conditions of farming and nature conservation are flexible and functional.

The plan provides for the maintenance of traditional managing in certain areas, on one hand, and on the other hand – conservation, research, monitoring, educational projects, public awareness and coordination among the various organizations in the area.

The territory of the future Chernobyl wildlife refuge will be zoned: 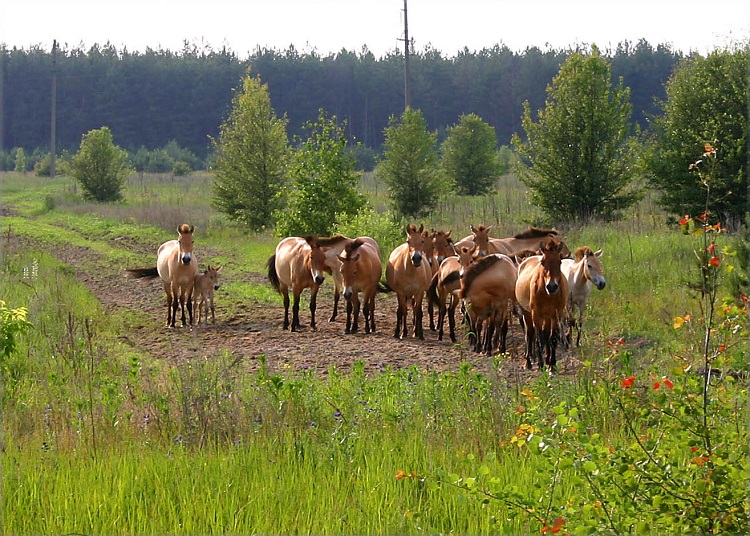