Wolves at Chernobyl are the main predators of the zone. There are many different opinions about the life and the behavior of animals here. Considering the lack of serious research in this area there are various myths. Some are true, some are not. But, in general, for most people the image of “Chernobyl wolves” is terrible:

Let’s try to sort out these issues. It’s true that wolves live in the exclusion zone. And it is a well-known fact. Wolves attack people. This is also true, but such cases are known in other regions too. Also, wolves tend to travel in flock. Really, they move freely on the territory of the Chernobyl zone and beyond. 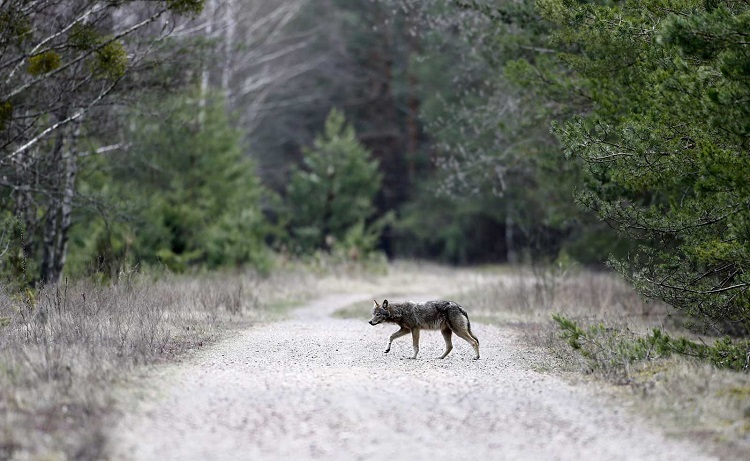 Wolves are predators by nature, of course, they are amenable to their instincts. They hunt, give birth to the offspring. But how does radiation effect on of Chernobyl wolves: their everyday life, their body and their health? Let us take a closer look.

How radiation effect on wolves

Ionizing radiation is dangerous to all living organisms. And wolves is no exception. As it turned out, the problem of radioactive contamination of animals is not enough investigated. For example, it is not known about:

The subject of intense debate is long-term radiation exposure at Chernobyl population of wolves. Scientists are trying to understand what impact has the radioactive contamination of the environment. There is a negative impact obviously, but maybe there is positive too.

Duration of wolf’s life is not known authentically. We can not say depends it on the amount of radiation or not. However, the actual dose depends not only on the level of external radiation but also on a number of radioactive substances. Wolves get from foods these substances.

However, scientists have not been able to assess the possible doses of radiation. One reason is that the animals live throughout the reserve. Regardless of the level of contamination and eat foods with different levels of radiation. The views on this issue are rather contradictory. 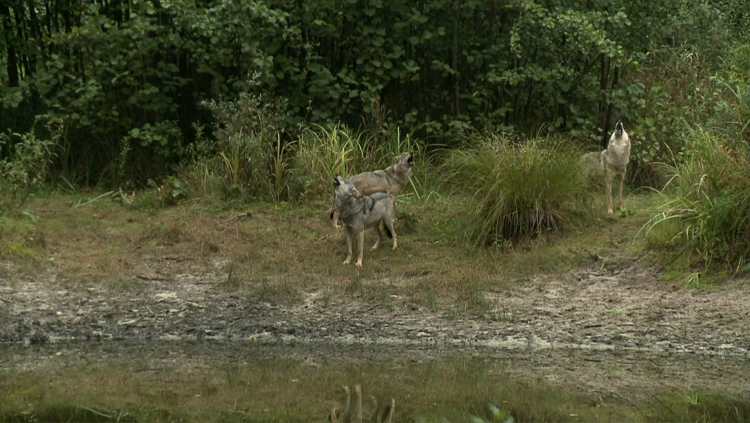 The abundance of the wolves of Chernobyl

The number of the wolves of Chernobyl is higher in 7 times than in other areas. Having learned this fact, someone might assume that the high levels of radiation had a positive impact on wildlife. However, it is worth to remember, the people left this area! When they left it, there was no agriculture, forestry and hunting. All these factors have a good impact on the animal’s life. Wolves got the chance to live in peace with nature.

The researchers also examined the number of Chernobyl wolves with different levels of radiation. They did not find connections between soil contamination and the intensity of their population. Nevertheless, the existing views on the number of wolves is contradictory. 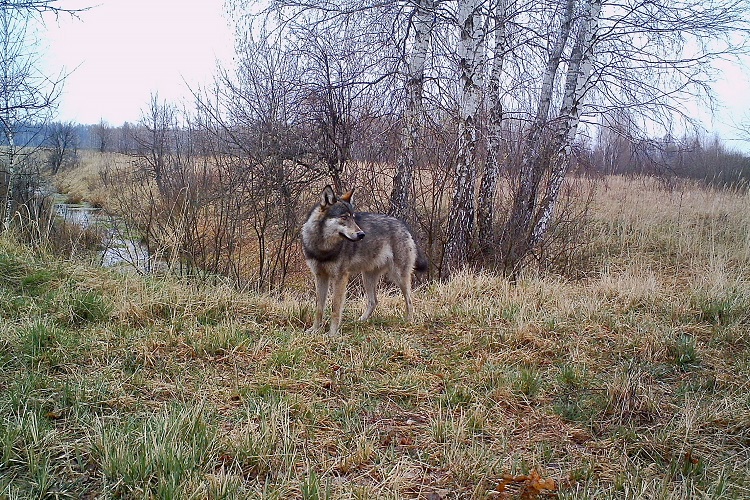 Initially, it was noticed a decrease in the number of wolves. Many animals died in the first half of the year after a fire at Power Unit. Super high levels of radiation had a negative impact on the health and reproductive functions of wolves.

But it was not in the long term. Soon all began to recover. Some claim that their number is constantly growing if compared with other regions. Some say that, according to scientific research, the wolf population is the same as in non-contaminated areas (no more and no less).

If the number of wolves is really increasing. Does the person need to regulate this process? Scientists respond that the presence of a stable structure of wolf groups can operate natural regulation processes. If the active chaotic shooting is applied on this the territory, paradoxically, the number of wolves will increase. 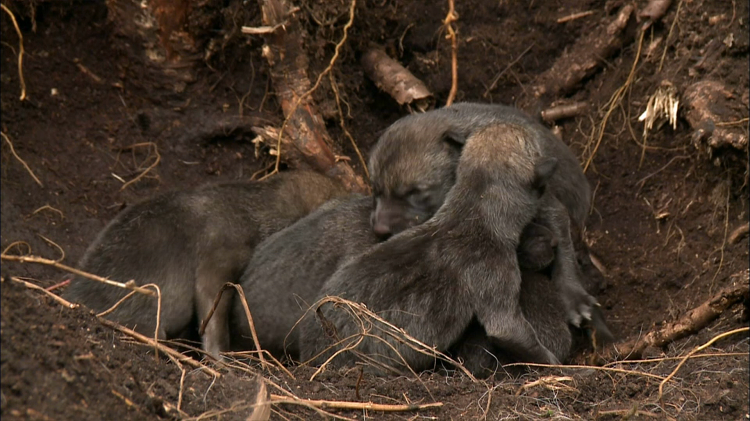 If an adult couple of wolves is killed, newly arrived animals qualify for the territory. It will not help. Because this is not an isolated area. Thus, in the zone where the level of conflict “man-predator” is not high, there are no preconditions for the strict regulation of the population of the species.

Changes in the behavior of Chernobyl wolves

Chernobyl zone is a land of wolves. Wolves live in flocks. In their group are distributed function of each wolf with well-defined social relations. This help them to survive. There are no any over unique adaptations in wolves Chernobyl life. But, there are interesting facts about the particular behavior of wolves in Chernobyl. 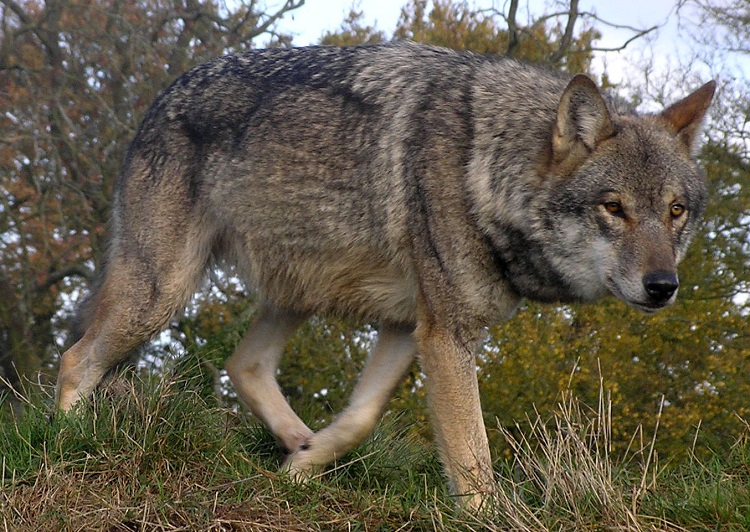 For example, predators the most active in the twilight time of day. The Chernobyl wolves have some progress towards the daily activity. In the Chernobyl zone, wolves can afford to hunt and be active during the day because of uninhabited territory and lack of disturbance. Admit that it is difficult for us to imagine a wolf running on the road or bridge in the town. This situation is possible to see here because of the uninhabited.

There is a high frequency of use of the infrastructure. It means that wolves move on the territory of the settlements and it has negative consequences. Animals are accustomed to freedom and local landscapes. Therefore, they run up in the area of human habitation. 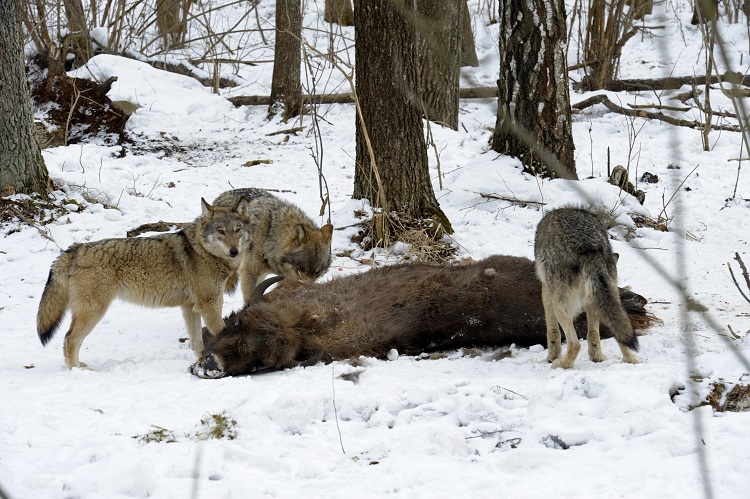 For example, at the former Chernobyl nuclear power station was a terrible incident. The workers were in danger. Near the station lies in wait not only radiation but also Chernobyl giant wolves. Wild rabid wolves attacked the workers. As a result, there were the 6 victims. Such behavior could be explained by the fact that wolves in Chernobyl become estranged from the presence of humans.

Need to say about some changes in the nutrition. For the wolves from other areas hunting covered by within their habitat. We have to pay attention that Chernobyl wolves live near the houses. In these houses live cats and dogs that were able to adjust to life without a man. These animals sometimes fall into wolves menu. 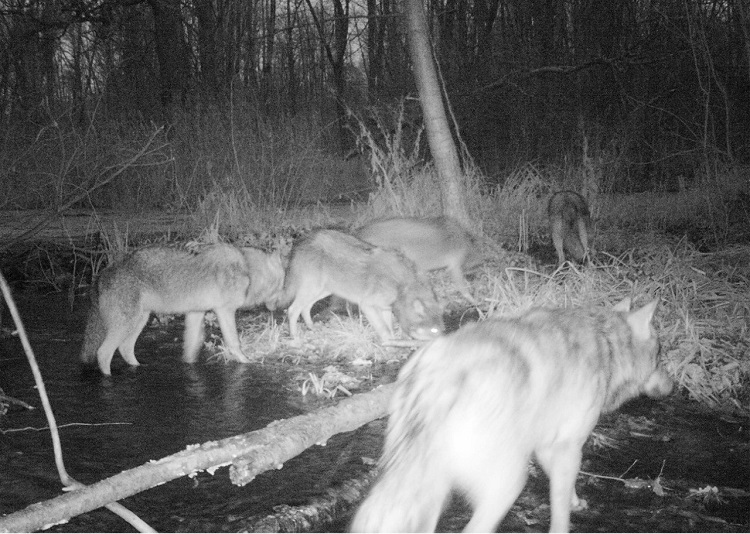 Also, researchers have noted an interrelation between the behavior of wolves in Chernobyl zone and change of the landscape. It is known that wolves eat beavers. A large percentage of the diet are these rodents.  As the number of beavers decrease, the number of dams, which they built, has decreased too. Because of this process, the water level dropped. Consequently, the Chernobyl area is less flooded now.

All these facts illustrate that there is a change in the behavior of wolves of Chernobyl.  In addition, it is noteworthy that the wolves effect not only on the animals but also on the area in the Chernobyl zone.

“Mutant wolves of Chernobyl”, are they excite?

There are several points of view and myths about mutant wolves of Chernobyl: 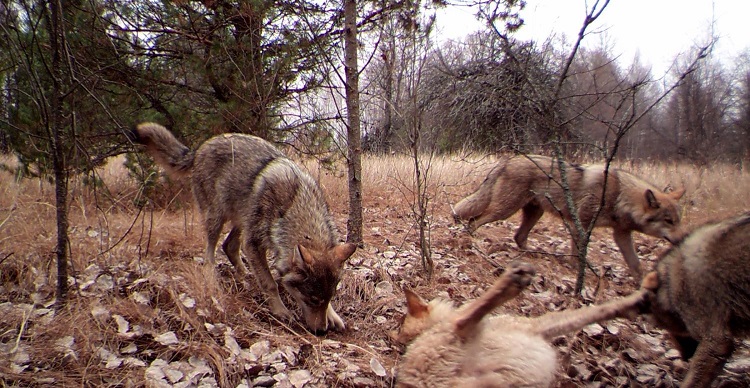 The first myth is that Chernobyl wolves not real wolves, it is hybrids of wolf and dog. Let’s investigate. It is quite possible to get the wolf and dog hybrid in “aviary conditions”. But in nature, such cases are extremely rare. Moreover, the dog is an important element of the wolf’s diet in all regions.

Sometimes an inexperienced person may seem beast whom he met like a hybrid. Because it does not look like the portrait of Canadian wolf processed by Photoshop. The researchers do not reveal other pieces of evidence concerning with this question. Thus, the opinion about existent of a hybrid wolf-dog can be considered erroneous to a greater extent. 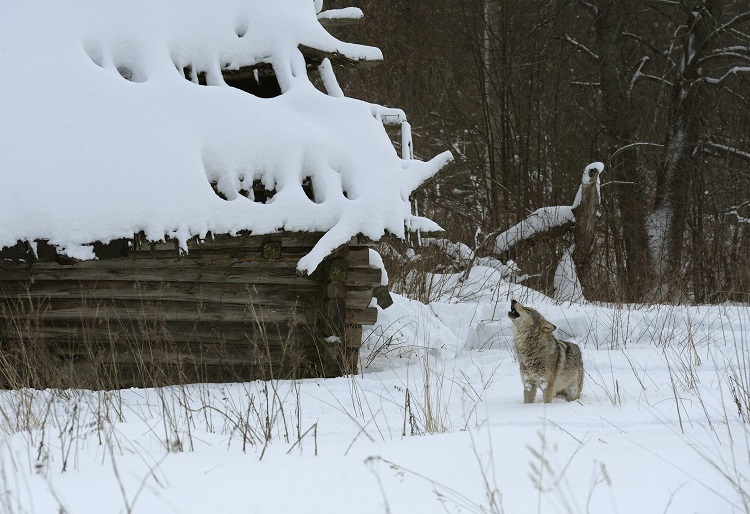 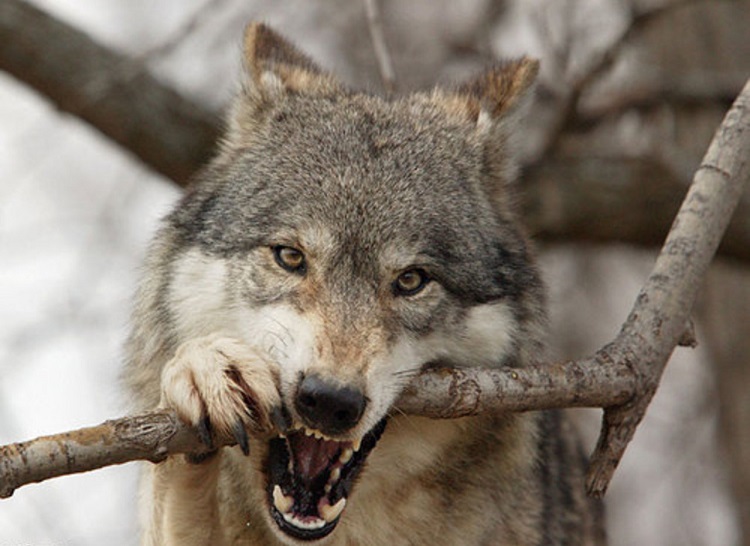 The most dangerous zone of Chernobyl is the so-called Red Forest, which accounted for the largest number of nuclear fallout. It is there that the strongest possible mutation among the animal world. Nevertheless, there are no scientific proof of Chernobyl giant wolves.

At the moment, there are no single reliable cases of observation (photographing or video shooting) animal-mutant in the Chernobyl exclusion zone. Scientists have not been documented evidence of viable wolves of Chernobyl mutations.

In contrast to the well-established beliefs, the Chernobyl exclusion zone is not gathering of different types of mutants. There is the reproduction of individuals. There is a natural selection of the most resistant to the adverse effects of radiation exposure. The Chernobyl mutant wolves “washed out” themselves in a population of natural selection.