The only use of nuclear weapons for the warfare in history was during the bombing of two Japanese cities Hiroshima and Nagasaki. The significance of Hiroshima and Nagasaki lies in the fact that these Japanese cities became an area of testing for the new weapons of mass destruction. The bombing had both an immediate effect, two big cities were destroyed and Japan under the impression of its destructive power surrendered in the World War II, and a long-lasting effect – there were many victims to radiation and, thus, people learnt a lot about radiation and its harmful influence upon living beings. The effect of the bombing was unprecedented. The world shuddered from the power of nuclear weapons.

To accelerate the end of the World War II and to lessen the amount of losses that the countries might have had if the war had continued, the allies of the United States, United Kingdom and China called for the unconditional surrender of the Japanese armed forces in the Potsdam Declaration on July 26, 1945. After Japan had ignored the declaration, the US government decided to take decisive steps. Big Japanese cities, which had some military significance in terms of the arms production and storage, were to be bombed from the air. There were several variants as to the choice of the cities to bomb. In case of Japanese further denial of the surrender, a massive bombing attack to the mainland had been also planned. The choice had fallen to Hiroshima and Nagasaki. The cities were a good target, because they were large in size industrial centers and the blast of the bomb would create there an effective damage.

The meaning of Hiroshima and Nagasaki

Hiroshima and Nagasaki are ancient cities. They were founded centuries before the World War II. The names of the cities Hiroshima and Nagasaki have a descriptive meaning and reflect the peculiarities of the local landscape. It’s quite a common method for the formation of the place names, regarding also the fact that the Japanese are by nature quite observing and meditative people.

Hiroshima (Hirosima-shi) – is a city in the western part of Honshu, the largest island in Japan. It is the capital of Hiroshima Prefecture, and the largest city in the Chūgoku region. The word “Hiroshima” means in Japanese “a broad island”, so the name of the place reflects its geographical location. Hiroshima of the wartime was mostly lying on six islands formed by seven estuarial rivers of the large Ota River. It was like a fan when looked at from the height of the bird’s flight. To the south there was an access to the Inland Sea and a rim of mountains was on three other sides of the delta. The topology of the place was taken into account when Americans considered the target of their bombing. The bowl that the hills and the harbor created would facilitate a maximum destruction.

Nagasaki is the capital and the largest city of Nagasaki Prefecture. The word “Nagasaki” has the meaning “a long cape”. The city lies on a long bay that forms one of the best harbors in the region. The city has always been a key port, many ships from all over the world have come to this safe harbor. Nagasaki is located on two valleys that are divided by a mountain spur. Due to its uneven terrain, the destruction of the city was not total during the atomic bombing. 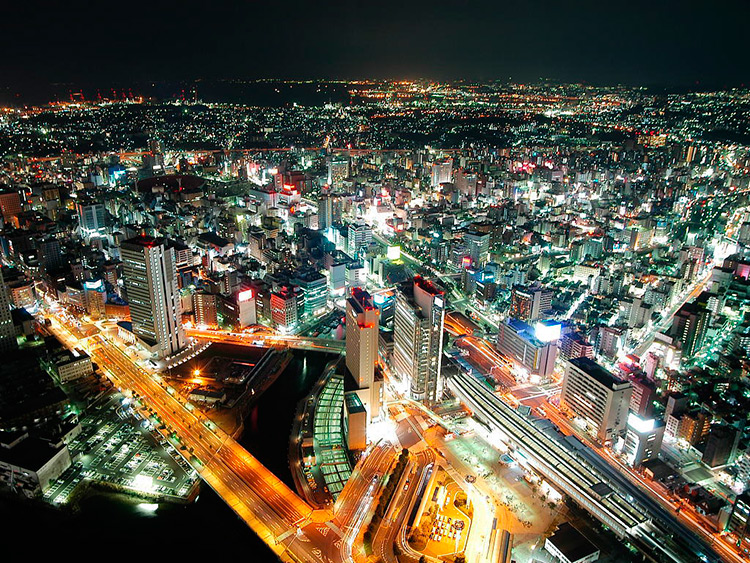 The Hiroshima and Nagasaki incidents happened on August 6, 1945 and August 9, 1945 respectively. The history hadn’t seen such a tremendous destruction before. Japan suffered great losses on the days of explosion of the two death-bearing bombs. The victims were mostly civilians who worked at the plant, were at the hospital, at school, at their offices, at home or were just walking in the street. Nobody could predict such events and the speed with which everything was destroyed. In a fraction of second thousands were killed. Thousands were injured by the fire, blast wave or wrecks of the buildings.

The reality of Hiroshima day and the aftermath is well depicted in the book of John Hersey “Hiroshima”. The American reporter interviewed six survivors of the bombing. The survivors narrate about their experience immediately after the bombing and the months afterwards. The Hiroshima book relates stories of those, who had survived the disaster. Those people, who managed to struggle up from under the ruins after the explosion, helped others, who had been buried under the wrecks and were unable to move. The fire from the explosion spread all over the area of Hiroshima and people had to run away quickly under the shower of cinders over the streets cluttered by the fallen houses and fallen telephone poles and wires. They were trying to find a refuge. Some found it in a safer place, some found it in the river, waiting for the fire to subside, and some were burnt alive. So people were not able to free all of the survivors from under the ruins, they couldn’t also take their possessions with them, as they had very little time for the escape from a dangerous zone. 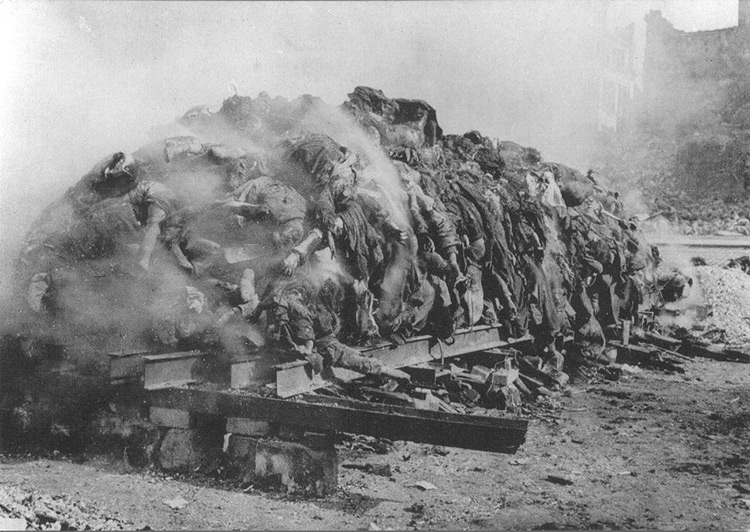 People with bad burns, wounds and fractures walked over the debris in search of the first medical aid. They couldn’t be aided on the spot, because they were left for their own sake. The people still struggled for their life. People used sheets like bandages and helped those who were unable to move ahead. In Hiroshima they made their way to the Red Cross Hospital, where some of them received some treatment. But the treatment was insufficient, because most of the medical staff died and the medical supplies were limited. People were isolated in the city of dusk, where the dust rose from the ground and hid the sun.

Some time passed before they got a proper medical treatment, but many were not alive by that time. They died of wounds that were incompatible with life. Even people with no wounds died, because they were subject to radiation. They were irradiated and they drank the water from the rivers with radiation contaminants. People were bewildered by the feeling of weakness and many of them suffered from nausea. Bleeding, loss of hair, blindness and malignant tumors were some of the other effects. The total number of victims in 1945 in Hiroshima and Nagasaki amounted to about 200,000 people. The same amount died in the following years from the diseases connected to radiation. Among the most widespread illnesses were cancer and mental retardation among children. 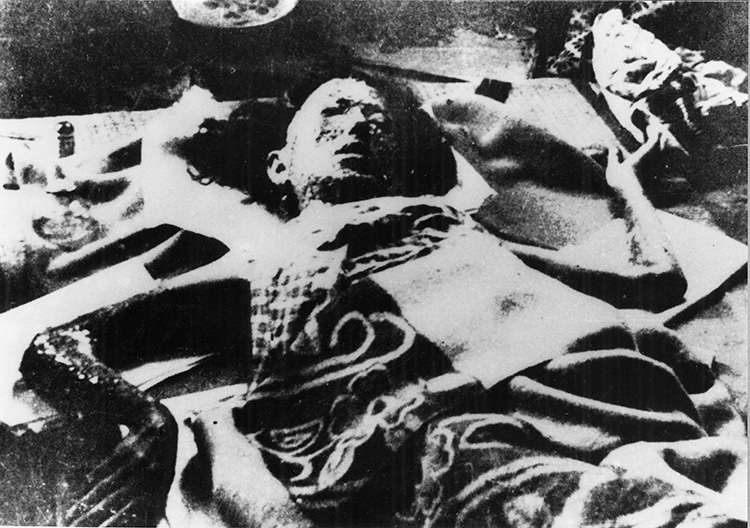 The cultural headstone for the dead

The Hiroshima and Nagasaki destruction had left its impact on the social and cultural life of the town. The Hiroshima Peace Memorial Park is dedicated to the fact that Hiroshima was the first city in the world to suffer from a nuclear attack. It memorializes direct and indirect victims of the disaster.

One of the monuments in the Hiroshima Peace Memorial Park is the Genbaku (“A-Bomb”) Dome. It was the only building which remained undestroyed within 200 m of the bomb explosion. Primarily it was Hiroshima Prefectural Products Exhibition Hall. The hall was constructed by the Czech architect Jan Letzel. The building was well constructed to withstand earthquakes which are common in Japan. The vertical reinforced concrete piles of the building withstood the powerful explosion. Some side walls remained intact. A distinctive metal dome had given the name for the today’s building, which serves as a monument and a cultural heritage of the city.

Hiroshima’s culture is seen today mainly through the prism of nuclear disaster. The Peace Memorial Park is located on the field which was formed by the bomb explosion. The Park covers the ground which was once completely devastated and covered with the ashes of the victims to the explosion. That’s why the awe inspiring spirit is in the air. It is the place where people begin to understand what horrors the use of nuclear weapons brings. The place also advocated peace, which is indispensible part of the human life. 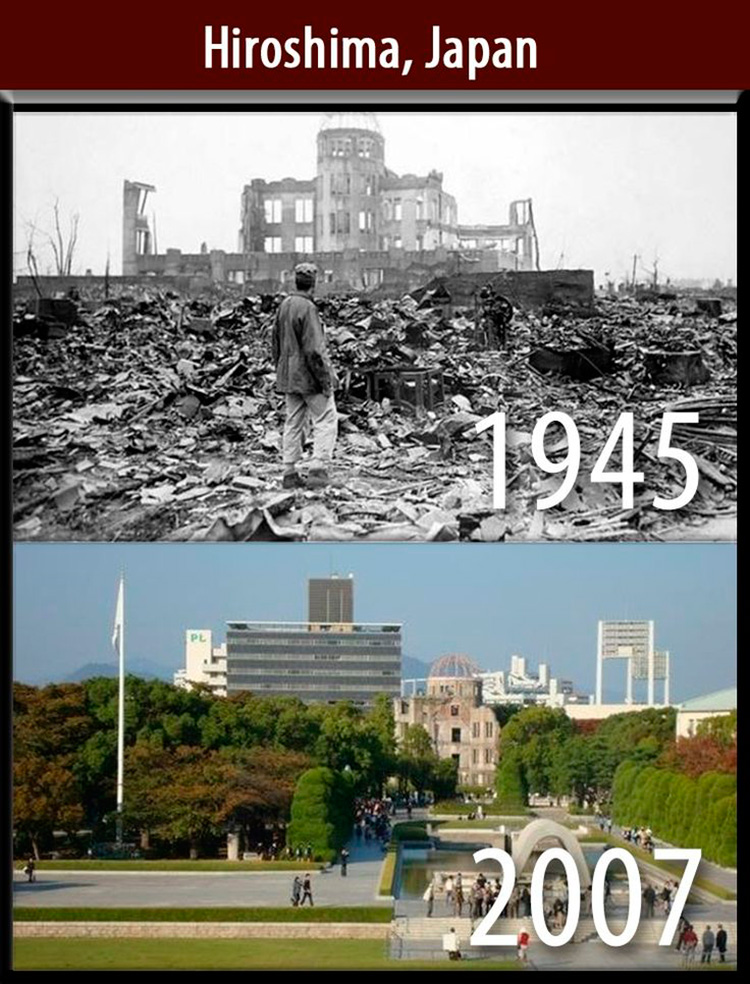 The lesson for humanity

The information about Hiroshima and Nagasaki and the true influence of radiation had been censored in America for a long time. Americans hated the Japanese because they were their enemies in the war. The only photo which was shown to the public and which documented the atomic bombing was the photo of the mushroom cloud. Common Americans greeted it, because they were happy that the new weapons terminated the loathed war. At the same time it was said nothing in mass media on the nature of the bombing. American cameramen made several attempts to shot the place of the disaster, but the film was later confiscated by the US government and kept in secrecy. Scientific research on the effect of radiation was also in secret. Only after the San Francisco Peace Treaty, 1951, when the Japanese restored power over their country, the information on Hiroshima and Nagasaki was made public. 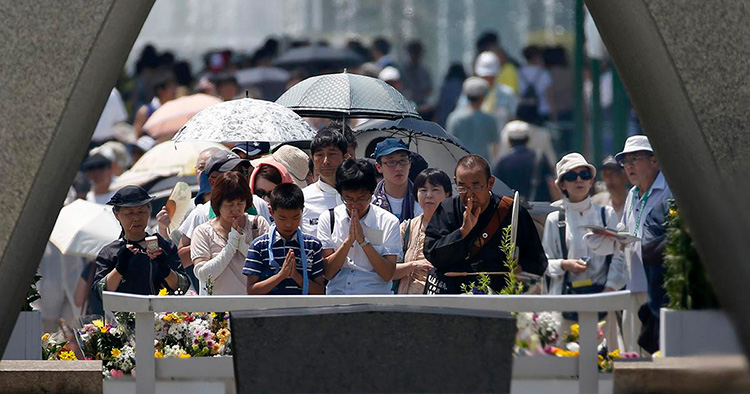 What was “Hiroshima and Nagasaki” made a lesson for the human history. The whole world has admitted today that the atomic weapons are not to be used on any condition, because of their mass and long-lasting effect which can be reflected in generations. The nuclear weapons are considered to be a threat for the whole humanity and the life in general. The use of the nuclear weapons in the Japanese cities Hiroshima and Nagasaki shows the effect created by the invention of the human mind.

It touches the question of the peace in the whole world. A small amount of nuclear particles can turn many square miles into ashes. The lesson of the nuclear attack also doubts the concepts of war and arms race. It’s not safe to develop the weapons aimed at the destruction, especially mass destruction, because they can be turned against us ourselves with every inhabitant on the planet being a potential victim to the nuclear weapons.