Liquidators Chernobyl: who are these people

The consequences of the Chernobyl accident it is not only nuclear fuel emission. It is strong radioactive contamination of 200 thousand square kilometers. The smoldering reactor continued to throw out the radioactive gas and dust in the atmosphere.

It needed to stop this process. The experts did not exclude the possibility of a second explosion. Because of the danger that the concrete slab would crack under the reactor and the magma would connect to the water.

The experts came to the place of emergency in the first hours. The nuclear engineers and the fire emergency were the pioneer savers. They did not know how high and dangerous doses of radioactive contamination were there. At all costs, it was necessary to put out the fire. It should not have spread to other units. The rescuers took the measures to prevent a world scale of Chernobyl crash. 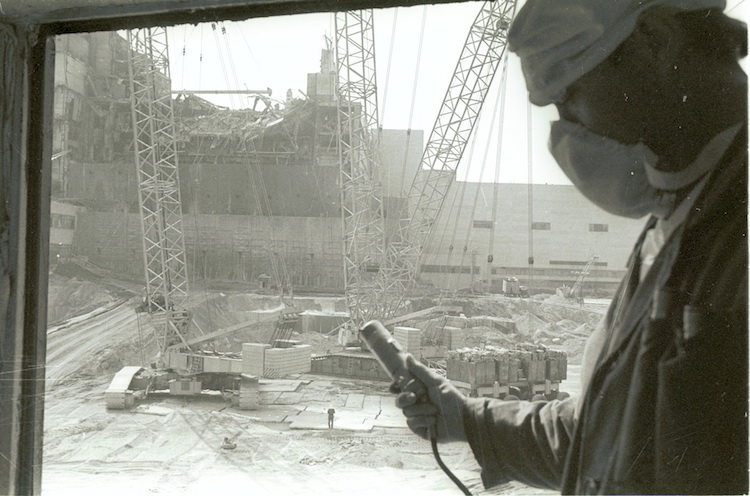 The heroes of Chernobyl plant did not think about death. The fire brigades arrived within 7 minutes after the alarm. It was their job, but they made the feat. They had no idea of the seriousness of the threat. Because it was invisible and inaudible. Despite all perils, the rescuers (liquidators Chernobyl) saved thousands of lives.

However, the authorities hushed up the implications of the disaster. The first publications appeared in the press only after 36 hours. The radioactive cloud was recorded in Europe. Nevertheless, the full-scale evacuation of the population from the nearby area, which went down in history as the exclusion zone, have not yet begun.

The military group made the measurements in Pripyat. They showed a catastrophic increase in radiation during the day. In addition, these analyses shocked Institute of Atomic Energy by absolute numbers. The radiation background exceeds the permitted limit of 600 thousand times! Only after it, the government began to take out the residents from the radius of thirty kilometers. 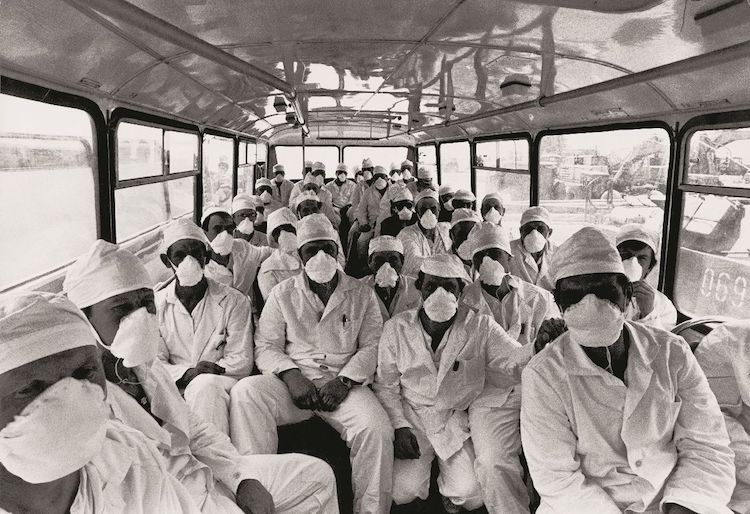 The inhabitants were leaving the infected area within a week. Specialists for operation at the station and military units entered instead of the evacuated men. Later, they became known as Chernobyl liquidators. 600 thousand people were involved in eliminating the consequences of the disaster.

Everyone who arrived to eliminate catastrophe consequences clearly understands what Chernobyl is. The heroes – liquidators Chernobyl did not regret even years later that they had to stand up against the invisible enemy.

People were doing their duty to the Motherland despite health problems and the death of friends from serious illnesses. The work began within 48 hours, for which the best 600 helicopter pilots were involved, including withdrawn from Afghanistan. 100 thousand representatives of the army did everything to silence the emergency reactor. 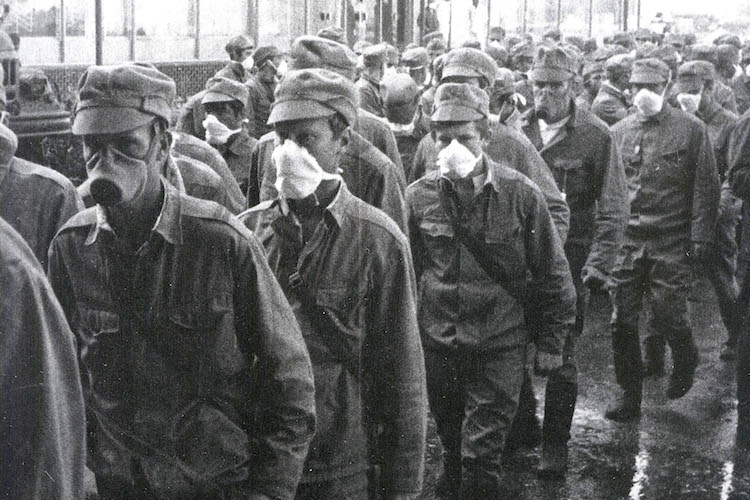 The level of radiation above the reactor was higher in 9 times than the lethal dose. The air temperature was 120-180 degrees at an altitude of 200 meters. In terms of hot air and the radioactive danger to the life, the soldiers with almost bare hands dumped bags of 80 kg. Moreover, the pilots made 33 departures a day. That is why they immediately got an intoxication in the 5-6 x-ray.

It took 6 tons mixture to reduce the emission of hazardous deadly substances on 35%. Among the helicopter pilots, there are Heroes of the Soviet Union. One of them is Nicholai Miller. He put down into the reactor the pipe in six hundred kilograms with incorporating measuring devices.

It was necessary to know the nature of the processes inside. The commission needed the figures and the data in order to avoid repeated explosions. This filigree operation went down in history under the name “Needle”. 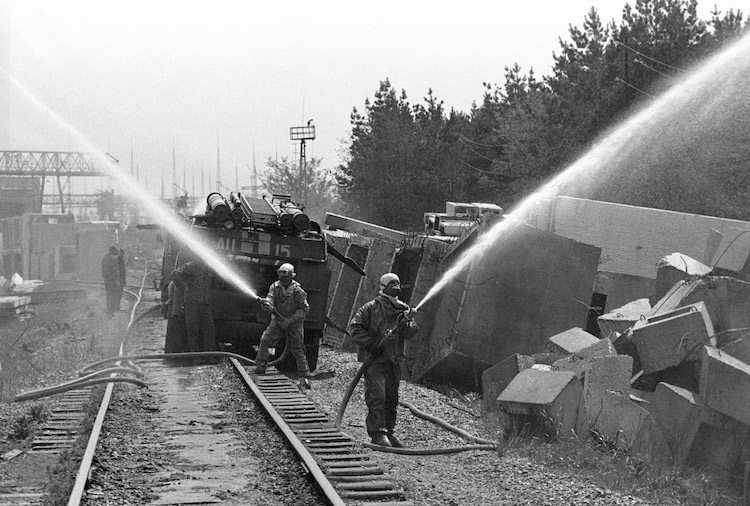 They received a radiation dose from several degrees to 10 Gy or more. The source of external radiation was the radioactive particles that have settled on different surfaces. The internal exposure was approximately the same, or even higher. In particular, the disease related with thyroid was very common because of the incorporation of radionuclides.

These people subjected to the combined action of radiation: 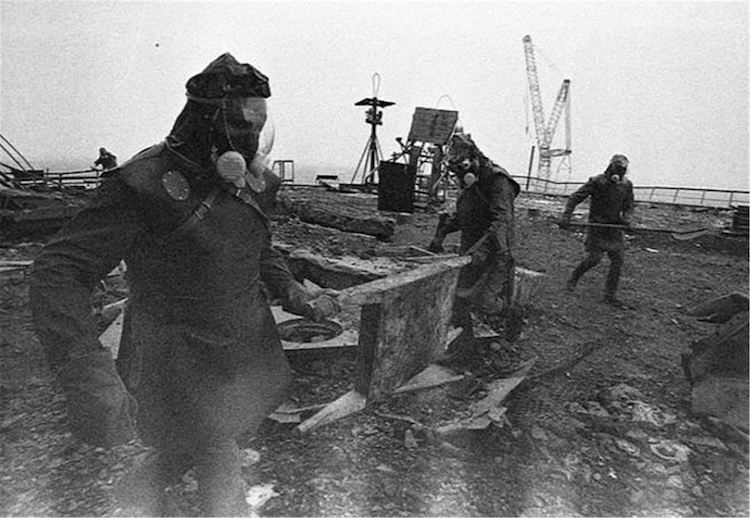 The soldiers from reserve

The second category of liquidators Chernobyl is a large group of people who were engaged in the clean-up operations of the territory. They worked:

The government planned and expected to recover farming lands. They wanted to create the conditions suitable for the living and using them in economic turnover again.

About 240 thousand soldiers participated in eliminating the consequences of the crash. Their main tasks were: 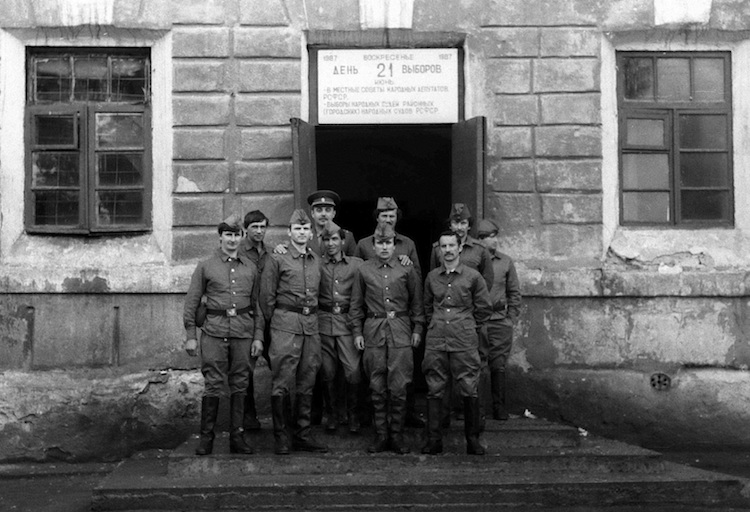 The liquidators of Chernobyl accident is not only professional specialists. In addition, it was former soldiers and officers at the age of twenty to thirty years. They were involved in the military charges.

All around the fourth reactor was strewn with radiation fuel. The rescuers had to remove graphite and radwaste from the roof. For this purpose, they used the robotics. Nevertheless, the off-scale degree of emanation brought it down.

Therefore, it became necessary to attract people. These Chernobyl liquidators went down in history as “bio-robots”. Major General Tarakanov guided the operation. He calculated that even in a protective suit, a person could not be in the area with 7000 X-rays more than forty seconds.

The young men with the weight of protection costume 26-30 kg were climbing to the roof for 2.5 weeks. The rescuers risked their life and limb to dump the radioactive objects. The “biorobots” awarded: 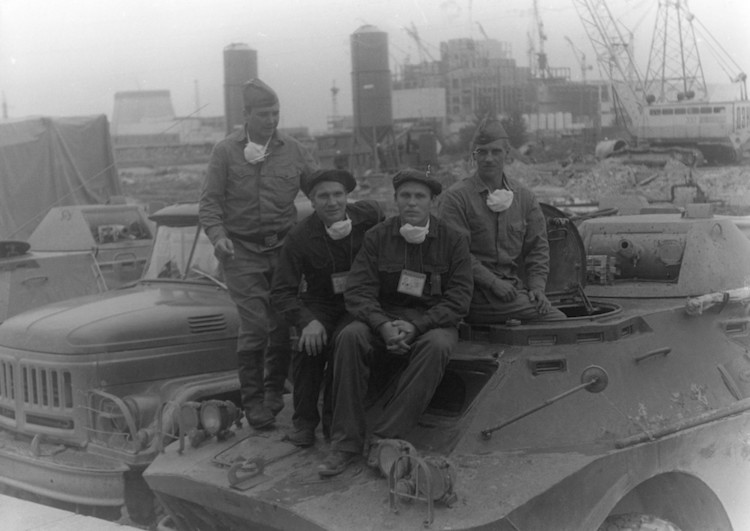 The forecasts of doctors predicted that one from five of these guys would die before they reach 40 years. The war with an invisible enemy has not ended with the completion of works on liquidation of the Chernobyl crash.

The construction of the sarcophagus

Most of all, it was need the variety of professionals on the station. Firefighters prevented a new explosion; they pumped out the water of the reactor under the concrete slab. The miners were digging a tunnel length of 150 m to the third power. Their goal was to establish a cooling chamber to liquid nitrogen. Kurchatov Institute engineers cut through the surviving wall to determine the degree of danger.

The whole country has mobilized to assist the affected areas. In fact, there was the front-line situation. The government created an account for donations. 520 million rubles received in this regard within six months.

The final stage was to be the construction of a protective sarcophagus. It was supposed to cover the “fuming” reactor. There was not an analog of such object in the world. Therefore, the people who designed and built it, in conditions close to the fighting, are also the real Chernobyl liquidators. 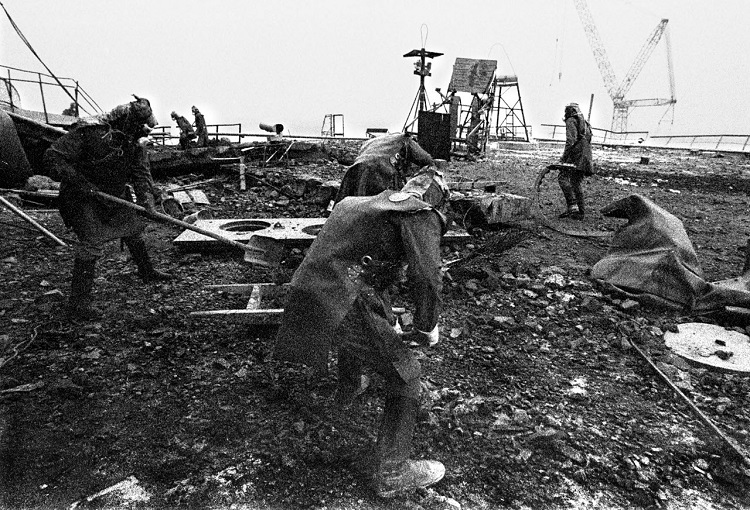 It took 206 days for the construction of the concrete reactor shell: the weighing 150 tons and 170 meters in height. The developers admitted that the most difficult thing was the engineering. Every detail had to be designed separately to avoid unnecessary casualties.

The remote building led to the collapse of hinged panels of several hundred meters after 28 years. This is despite the effort of 90 thousand people and the use of huge amounts of metal structures and cement.

The 30-kilometer area around the nuclear plant is still the exclusion zone. If people stay here, it poses a danger to them. Pripyat has become a preserved monument of the tragedy in the 1986 year. The flying by helicopter and the measurements (in 2007) shown that the fourth block still poses a risk. Today, therefore, European countries and the United States implemented a new project “Shelter-2”.

The tragedy of the Chernobyl demonstrated to the world what can happen if nuclear energy gets out of control. It has intensified the process of nuclear disarmament and has become, in fact, the beginning of the end of the USSR. In addition, it revealed the courage and the heroism of ordinary people for the world public. The men of different nationalities embarked shoulder to shoulder for the salvation of European civilization. 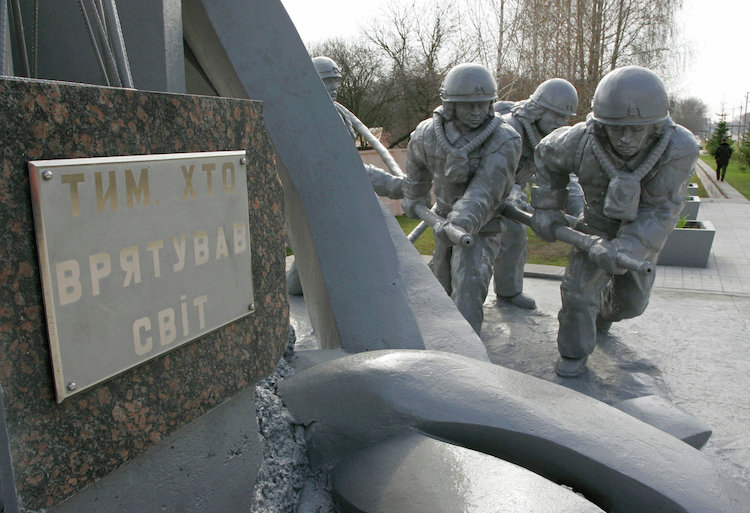