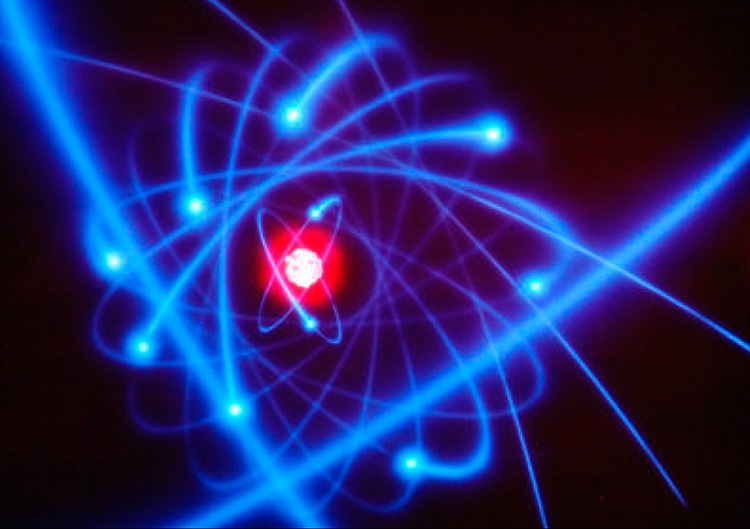 Energy created via nuclear reaction is called nuclear energy. There are two main types of nuclear reactions – fission and fusion. Fission releases nuclear energy when a single heavy nucleus splits into two smaller ones, while fusion is a process, in which two single nuclei join together to form another heavier nucleus. Nuclear energy could be natural or man-made. A good example of natural nuclear energy is the Sun, as well as the other stars, which use the power of nuclear fusion to generate enormous amounts of energy in the form of light, hear and radiation. This energy supports life on our planet and it was the only energy our ancestors used, even without knowing this. Nuclear reactors in power plants, created by people, use fission as a main process for generating nuclear energy. Fusion is the more powerful and efficient process, but it’s hardly used for peaceful purposes here on the Earth. Although many scientists are working to create fusion reactors, which will provide more energy with fewer disadvantages, there is still no safe technology for doing this. For the last several years, a decent progress has been achieved in this field. May be soon we would be able to reap the far greater benefits and efficiency of nuclear fusion.

According to the great formula of Albert Einstein and more exactly: E = mc2, mass (m) can be converted into energy (E) and vice versa (c is the speed of light). According to this simple expression, in one kilogram of mass there is incredible amount of energy, or:

E = 1kg. * 300 000 000 m/s * 300 000 000 m/s = 90 000 000 000 000 000 Joules of energy!
This number with many zeros is 90 quadrillion joules, and this would be enough to cover all of the energy needs of the USA for a whole year. The bad news are, that there is still no way 100% of mass to be converted into power. In a nuclear reaction, a very small percentage of mass is transformed – 0.1% for nuclear fission and 0.7 % for nuclear fusion. But this is totally enough for huge amounts of power to be generated for the needs of our society. This is also totally enough for extremely powerful weapons to be created, like atomic and thermonuclear bombs. For example the amount of Uranium 238, that is needed for a nuclear explosion is around 10 kg. 0.1%, or 10 grams of this is equal to 900 trillion of joules of energy, which is the same with the power released from the explosion of 200 000 tons of TNT (1 ton of TNT releases 4.153 TJ of energy).
Sun has been also converting a portion of its mass into energy via nuclear fusion. Every second, nearly 4 billion of kilograms turn into energy, which in fact is not a very big deal, compared to the total mass of our star, which is 2 х 10 33 kilograms.
Nuclear energy is said to satisfy nearly 16% of the world`s electricity needs and it is considered to be the most effective solution so far. As a small amount of matter creates a large amount of power, when it is properly operated a power plant has almost 0% harmful emissions. However on the other hand nuclear energy has a very high danger potential, because of the radioactive products, used in the process of its generation.