Perhaps the biggest challenge of nuclear power in general is waste management. Spent fuel is extremely dangerous, and there is no quick and easy way to clear it. However, there are quite a lot nuclear power plants around the world, and they regularly change fuel. So is there any way to solve the problem of nuclear waste?

There are two types of waste that are produced by nuclear power. These are nuclear waste and nuclear fuel waste. It looks like it’s just the same thing, but in fact, this is not so.

Waste nuclear fuel is energy sharing elements (nuclear energy waste). Typically, they have minor fuel residues that fall due to close contact with him. There are various techniques that allow cleaning material and it became suitable for use in nuclear reactors of various types (reactor for a nuclear power, or a submarine) again.

There are three types of nuclear energy waste:

In other words, at this stage of nuclear energy development, people don‘t come up with anything better than to bury the waste away and leave it for eternal storage. In this case, it is necessary to solve one important question. Where should we store nuclear waste? Where can we find quite distant and big area to create repositories with a mass of hazardous containers? In addition it should be understood that these wastes will have a pre-work and transport stages at least. The whole production line is close with life-threatening to personnel and the environment.

Most countries have passed laws to ban the importation of nuclear power waste. Many countries simply don‘t have the necessary space to create repositories because they are too small. However, there are positive aspects even in case of nuclear waste keeping. Waste materials can be restored and work in reactors again. This greatly simplifies the process of creating necessary new fuel and, accordingly, reduces the cost. But taking such responsibility is quite dangerous thing. It is necessary to ensure high quality storage and create a reliable transportation system. 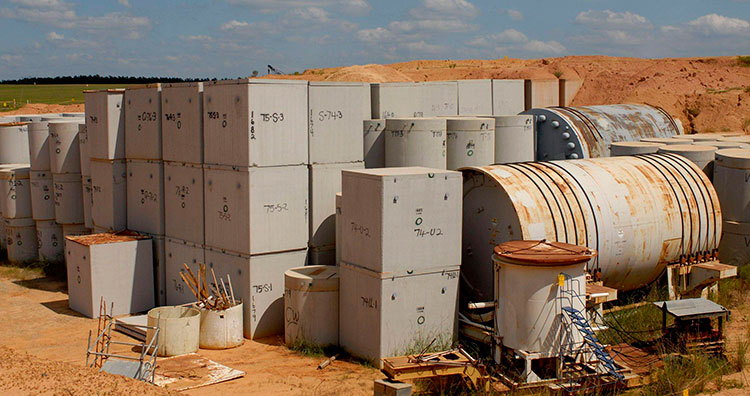 Nuclear waste is buried literally to forever. They can retain their radioactivity, and therefore the danger for many hundreds of thousands years. They do not decompose and do not decrease. Therefore, sooner or later, but any storage will be filled and it is necessary to build new cemeteries always. It must be added that cities tend to grow, new plants are being built and new roads are created. The place, which today is considered to be remote and deserted once would be very close to mankind. And such places are chosen to create repositories. Trying to get out into nature as much as possible away from the urbanization, you risk stumbling on more “unpleasant” place soon.

A method for storing waste, which is used today, was invented in 1978 in France. There are some preparatory operations firstly. Then waste is mixed with a special substance, which includes the molten glass. This composition is placed into special container with stainless steel enclosures. As a rule, it has several wall constructions. All of this is surrounded by a layer of concrete and placed into deep pit. These protection levels are intended to hold the radiation inside. 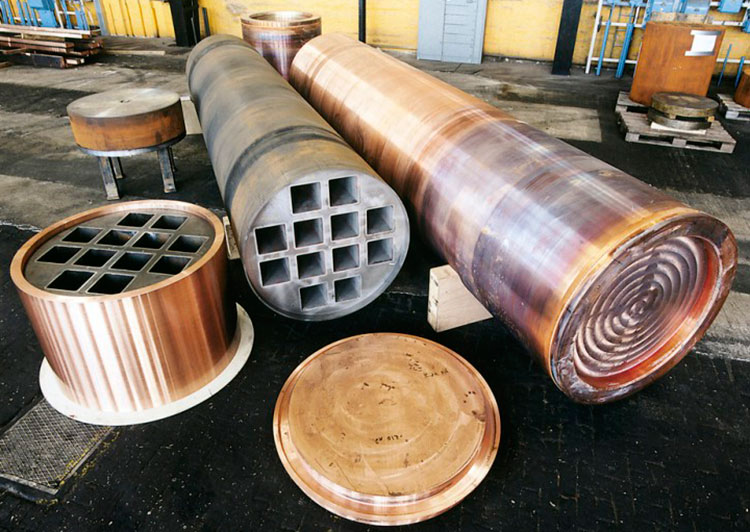 How to choose a burial place? It is very difficult. First you need a remote area, where you can dig a very deep pit. It is necessary to take into account that a enough wide adjacent territory should not have ground waters. In addition, the area should be as seismically safe as possible. Unfortunately, finding such place which suits all these parameters is extremely difficult, so some of important points aren‘t taken into account. Everything in the world is not eternal, perhaps, except the radioactive wastes, so sooner or later the storage will begin to break down and containers will be damaged. Let’s recall the scale of the accident on any storage, for example, a chemical warehouse. The consequences are huge. However, the leakage from nuclear repositories will bring for ten times more dangerous consequences.

At this stage of technology development we have now nuclear wastes remain a huge problem for the whole world. Before researchers will find a way of safe nuclear power waste disposal, waste will be simply filling burials and spread all over the world. It is definitely not the best way, but we just do not have another. However, each nuclear storage is a potential time bomb that requires constant monitoring and protection. Nuclear waste disasters already touch world in few huge accidents. But nuclear waste problems are really serious too. And they are so dangerous because such problems stay in shadow till it became dangerous open.