The Red Forest in Chernobyl

The Red Forest is one of the most:

The multitude of hectares of woods has undergone a powerful emitting pollution. The territory is bordering the road to Pripyat. On which a huge quantity of radionuclides dropped out in the first days after the crash. Substantially, the trees suffered from it. The Red Forest consisted from the monoculture plantations of Scots pine for the most part. 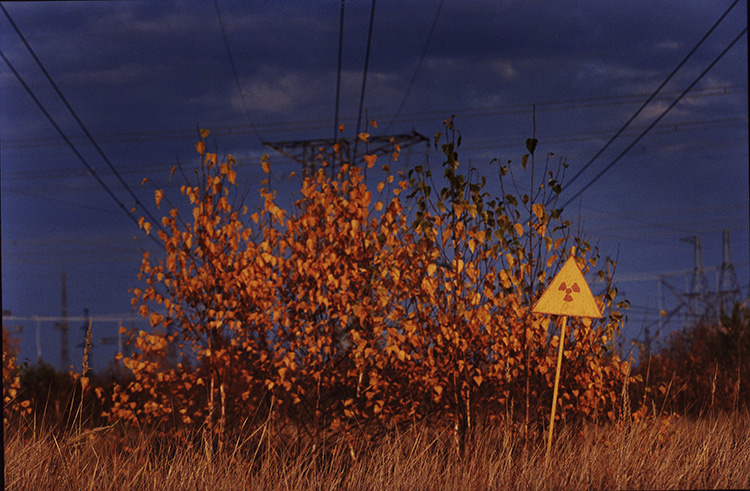 These pines, by the price of their lives, detained a considerable mass of the radioactive fug as a filter. This is because the pine-trees have much tighter krone than the deciduous trees. In addition, the emitting damage on coniferous woods proved more potent compared to other species. Inasmuch as it throws off their needles for two to three years. Accordingly, their krone slowly cleared of any contamination.

The total length of heavily injured acreage is roughly ten square kilometers. Chernobyl Red Rorest situated in two kilometers to the west of the plant and in close proximity of the Chernobyl facility. This ejection has destroyed all the vegetation. Available immediately, the detrimental effects reflected not only on the internal structure of natural things. Moreover, the external signs of irradiation were very noticeable.

The Chernobyl forest got his nickname (The Red Forest) after the explosion of the fourth power unit. It took a huge degree of radiation emanation – about 8000-10 000 rad. In the issue, radiation killed all woods. The woods stained in greyish-brown color. Later, the workers destroyed them. 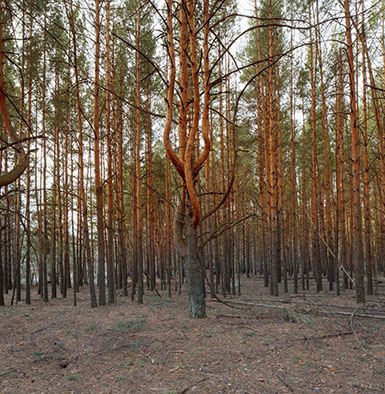 However, the method of dumping from the stricken trees has caused some difficulties. The emissive elements from the buried woods fell into the subterranean waters. That is why the emanation particles disseminated widely on a huge terrain. Now, there is no Red Forest – assure the Chernobyl employees. It is recovering in a natural way.

All life took flight after the fire on the fourth unit. Humans ran away, the birds flew away, and the animals escaped in search of another dwelling place. All nature felt something bad. Only the most important representatives of nature was not able to get away. It was the lungs of the planet – the trees.

Previously, the forest was everyone’s favorite, friendly and not creepy site. Then, it has become as a place for some horror movie. It was nicknamed Red Forest, Chernobyl Red Forest (The Red Forest Chernobyl) or even Orange Forest. This name is based on the characteristic color of the leaves and on all that should be green in the wood.

After the emergency, people recounted the fantastic facts about Chernobyl Red Forest to each other.

Such processes shocked everyone. There are some of them:

The luminescence of Chernobyl forest was the outcome of the reaction between:

Therefore, because of this process, the trees became bright red and a little agleam. However, the other legends attribute the mystical influences to radiation.

Nevertheless, there is a noteworthy rhetorical question. In Chernobyl Red Forest if these trees could talk, what would they say?

It was possible to observe, even visually, the effect of emanation in the forest. In direct proportion to the received emitting, the pines had different damage levels. By the nature of radiative harm, the scientists divide four zones:

1. The first one. The range of the absolute loss of coniferous breeds with the fractional destruction of hardwoods. The vaporized dose was 8000-10000 rad. It is about 4500 hectares. In aerial functional parts of the pine destroyed fully.

The fir-needles acquired ginger color. The whole forest is almost burnt out. He has accumulated on themselves substantial amounts of radiative emissions. The liquidators buried these heavily contaminated woods. 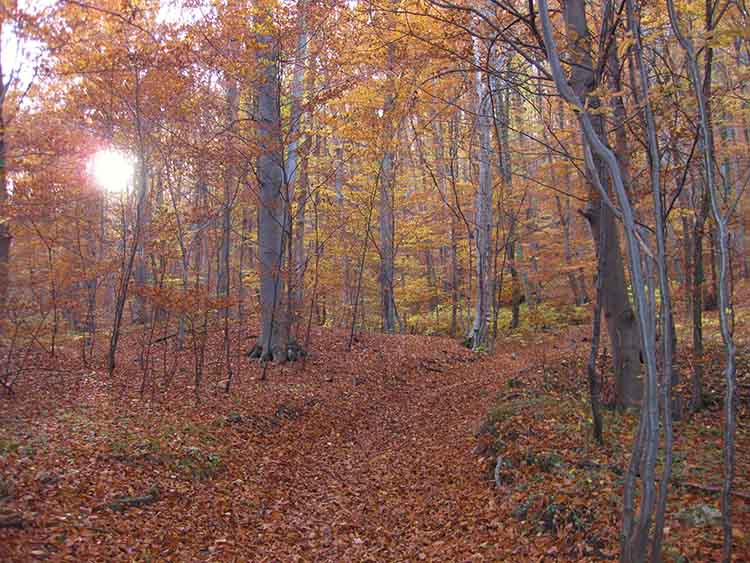 3. The third range is the field of the medium damage. The characteristic:

The experts noted the slight deflection in the germination. Nevertheless, these plants retained their sappiness. The degree of the absorbed radionuclides – 400-500. The acreage of the third region is 43.3 thousand hectares. 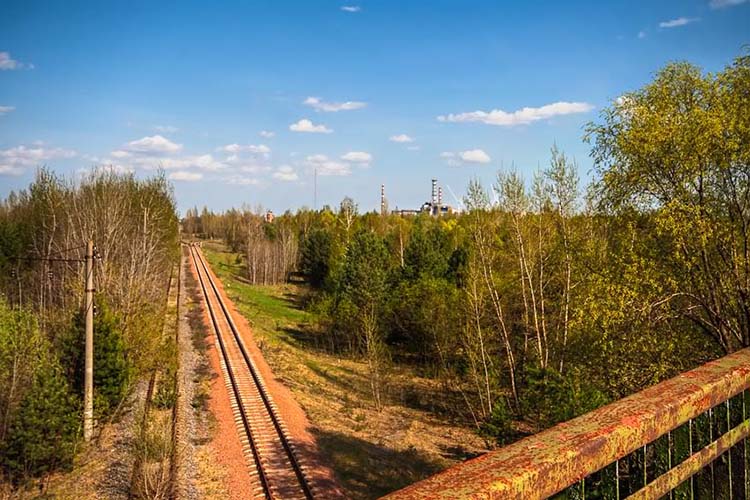 4. The fourth district is the faintly polluted plaza. The ecologists found some anomalies in the extension processes. They did not find the visible injury. All trees keep sane growth and color of fir-needles.

The scholars and the liquidators stated that the Chernobyl forest is more dangerous than the Chernobyl explosion. If the woods bursts into flames, it would be the emitting ejection in the atmosphere. The radiative smoke would distribute. The emanating elements would settle far beyond the restricted area.

The big problem for trees was that the accident happened in the spring. For woods, this time is very important:

After the explosion, there was the spread of the emitting dust. The trees were the first that swallowed all the harmful substances. 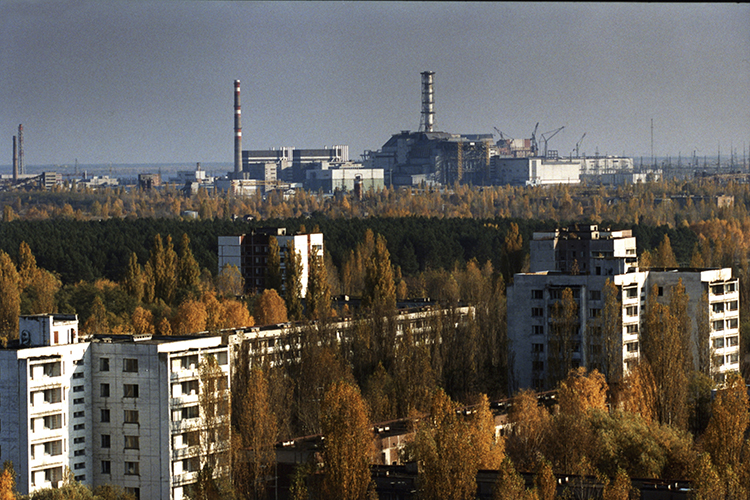 The ecologists have observed the flowing of active regeneration of the stricken woods. For example,

These facts register an extension in reproductive function of the type.

In course of time, new young pinewoods began to grow on the terrain of the burial. Gradually, the ecosystem restored on the Chernobyl grounds. Until the year 2000, the biologists actively studied the phenomenon of radio morphoses. This is the changes in plant structures under the influence of emanation. 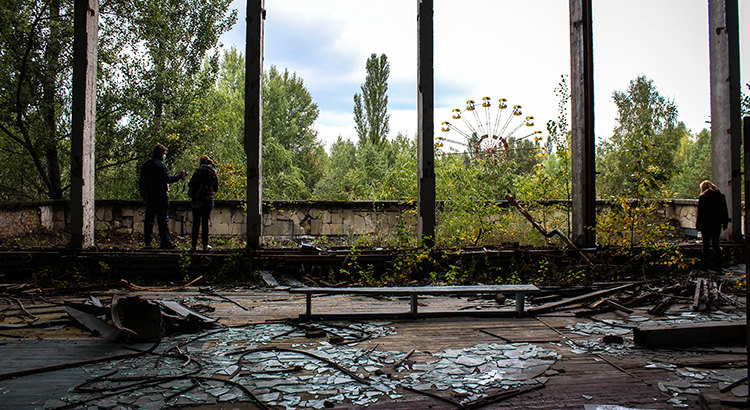 Usually, they are concerned:

The researchers studied the freshly planted growers on the territory of the cemetery. They found that the changes begin showing when the root system reaches to the dumping of “Red Forest”. Maybe, it is because pine is considered the most radiosensitive plant.

In general, the domain of the forest started to recover. The man planted trees and the young pines began to grow. The grasses and the broad-leaved trees appeared by self-seeding. In our days, it rises with high pace. The birds returned. However, it is still dangerous to reside here for humans.

Why and how should be visited Chernobyl Red Forest?

The variety of the interesting fact related to this area. For example, the pine-cross grew not far from the Red Forest. It was the famous representative of the Chernobyl coniferous woods.

It is widely known. On this tree, the guerrillas were hanged during the German occupation. The dumping of the Red Forest did not affect on it. However, over time, the root system of the tree started to rot. Unfortunately, it does not survive. The pine was cut down. 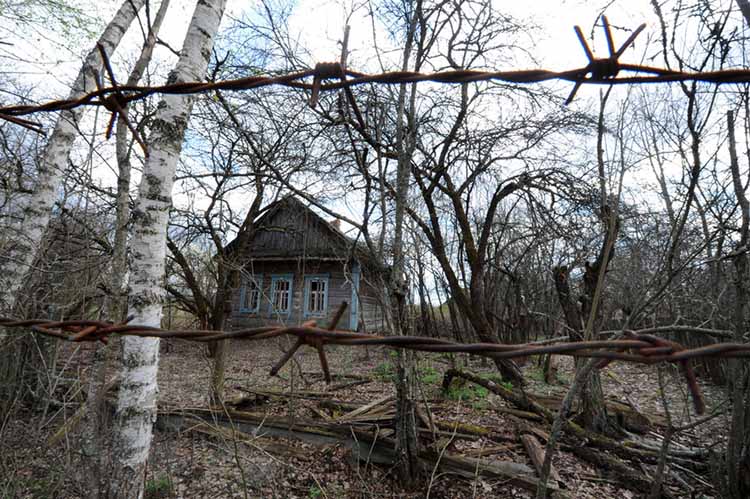 If you want to see the horror and the extraordinary beauty, at the same time, it is feasible. The loveliness and the danger concealed in the Red Forest. It would be good to visit the Chernobyl on an excursion and appreciate it by yourself. The guides clearly and in detail will explain the uniqueness of Chernobyl Red Forest.

There is another method. The illegal tourists – stalkers – can come through the Chernobyl area. These men visit and make the excursions. There are the red forest stalkers. Their tales could be truthful or far from reality (for example “if these trees could talk Red Forest Chernobyl…”). 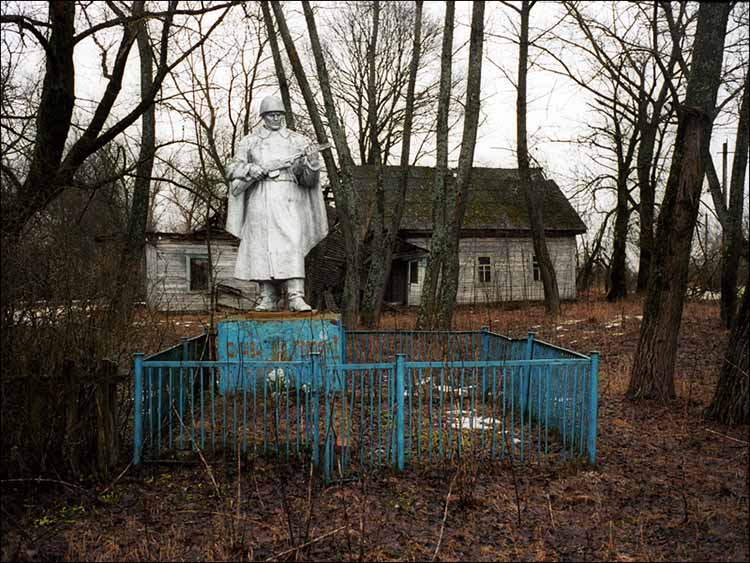 However, the law penalizes the comers who use illegal way of the penetration. It is better to choose the traditional path of visiting the Red Forest. Through which, you can find reliable information and make the exclusive photos. That is why it is better to come and see all in our own eyes.

Let us summarize. Where is Chernobyl forest situated? Is it “Red Forest Russia”, “Red Forest Ukraine” or “Red Forest Pripyat”? Let make it clear. The Chernobyl Red Forest is located in Ukraine. In addition, the stele of the entrance to city Pripyat disposed on the territory of Red Forest.