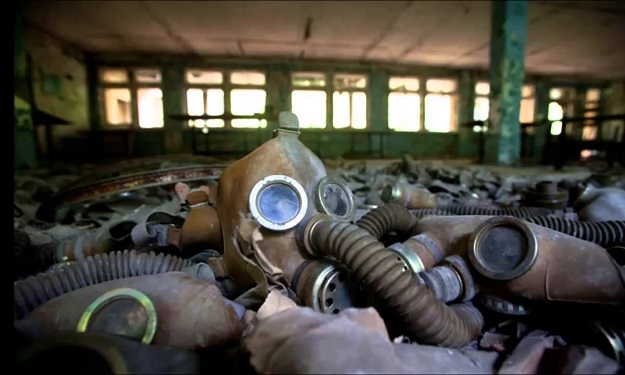 The city of Chernobyl is located in northern Kiev Oblast and is part of Ivankiv Raion. It borders Belarus and it acted as the Chernobyl Raion administrative headquarters. In 1986, the city was evacuated because of the effects of the Chernobyl Nuclear Plant disaster. Unlike Pripyat, it did not house any of the workers of the plant. The administration of Raion was moved to a nearby area still in the Invakiv Raion but it has basically become a ghost town. People do not reside there now because of the radiation in the area, after the evacuation. There are hardly any people living in this area. The administrative people are still in the town including the workers involved with the Zone of Alienation. 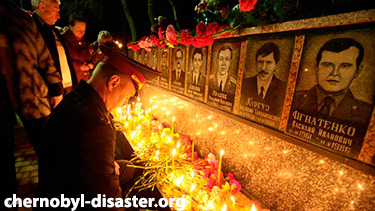 Chernobyl Russia became famous after the Chernobyl Disaster that seriously affected the area and caused many deaths even years after the accident occurred. It houses the Chernobyl Nuclear Plant in which Reactor 4 exploded, releasing harmful agents and deadly levels of radiation into the environment, even long after the accident. It has proven to be the deadliest nuclear disaster ever recorded in history. 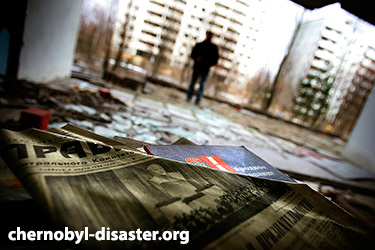 When the city was founded, it had original been a member of Kievan Rus and was chartered in the year 1193. Later, in 1969, it was handed over to Poland after which it became part of the Russian Empire in the year 1793. The area was first inhabited by the Ukrainian people as well as some Polish residents before the twentieth century era. There was also a large number of Jewish people who inhabited the area.

The people living in Chernobyl city were very religious and the city itself has a religiously rich culture. When Poland controlled the area, Greek Catholicism was forced on the people who resided there. After freedom was obtained from Poland, the people became Eastern Orthodox once again after Poland became a separate entity.

Toward the middle of the 18th century, Chernobyl now became an important Hasidic Judaism center. This dynasty was founded by Rabbi Meanachem Nachum Twersky. 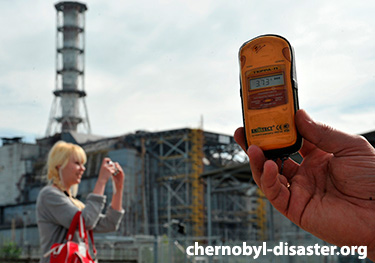 Chernobyl radiation levels today are lower compared to what it was when the disaster first occurred but radiation still exists there many years after the disaster. Related to who can go there and who can’t, some rules have been set. All visitors of the area must be over the age of eighteen and must have permission to visit. This means that children are not permitted in the exclusion zone. Another restriction is that visitors and tour groups as well as guides must abide by the safety measures that are set. This is to prevent visitors from being harmed by radiation and to prevent contamination from spreading from one location to another. 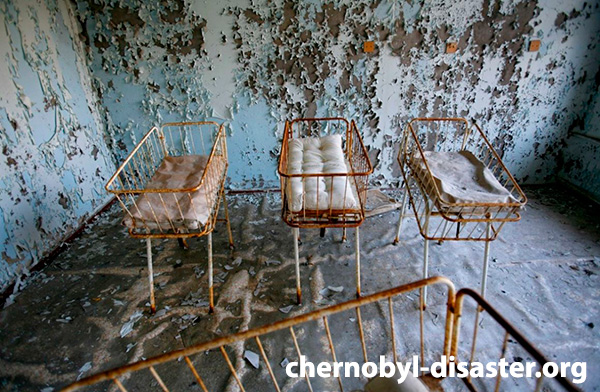 Even with all the years that have passed after the disaster, the radiation amount near the damaged reactor is still high, making the area non-inhabitable and unhealthy. There are not many people living in the area and it is literally considered to be one of the world’s ghost towns. Of course, things are very different now since there aren’t many people there anymore. It’s not as exciting as it once was. They left because crops cannot be grown there and they have lost their main survival method which is farming and supplying food. The radiation will be in the crops that are grown and this is not safe for consumption. 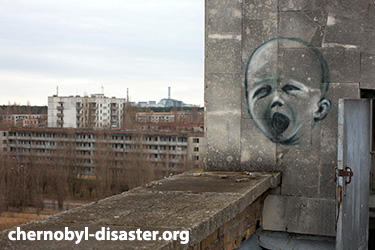 Within the area of the Chernobyl disaster, you will still see workers but they have heavy protection from radiation. The plant is no longer used to generate an alternate source of energy. Still, even in the surrounding areas, you won’t see people around in a place that was once beautiful and safe. Because of human error, these conditions no longer remain. There is plenty of Chernobyl wildlife, even though there isn’t much human life there. Chernobyl wildlife today seem to like the fact that there aren’t people around because they’re not hunted. Their freedom shows. Tourists can see the animals roaming around. The radiation today in Chernobyl today is not too high but still, the residents who had built homes and their lives there have left the city. The lack of sustenance has forced them away in addition to the levels of radiation.

How Dangerous is Chernobyl Today? 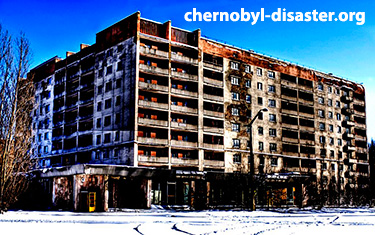 Considering the fact that tourists are permitted to visit it, it proves that radiation levels are significantly lower.

There are precautions that must be taken, the most important being the inability to spend too much time there, especially near the plant which still exists today.

You must have certain equipment such as a Geiger counter and a radiation measuring device if you are travelling with tour guides. Though tourists are permitted in the area, residents still have not returned to the area to reclaim what they once called home.

Chernobyl Population then and Now 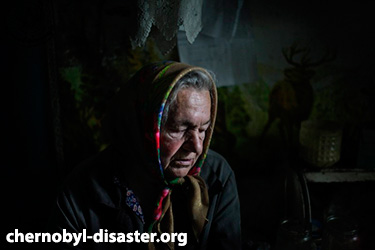 Before the Nuclear Power Plant accident, the city had a population of approximately 14,000 people. Thousands of people living in and around the nuclear power plant accident were affected. Those who were living close to the reactor that exploded were moved out of the area and the population which was affected is estimated to be 130,000. This figure includes the 49,000 people who were evacuated from Pripyat, the city that was built specifically for housing the plant workers. In 1989, it was finally declared by the involved authorities that a very large number of people were affected. The figure was a whopping 250,000 people who had to be moved out of Chernobyl and start their lives all over again in new homes.

Chernobyl Information and the Government

The government in the Soviet Union did not provide Chernobyl information after the disaster and did not initially investigate properly. It later called the IAEA which is the International Atomic Energy Agency to find the cause of the accident. It was their investigation that discovered that it was the error of two workers that caused the accident and both were punished with several years of hard labor. Their trial occurred one year after the nuclear plant explosion. The truth about Chernobyl was hidden by the government and later revealed after being pressured by other countries which were affected by the radiation from the Chernobyl Nuclear Power Plant. 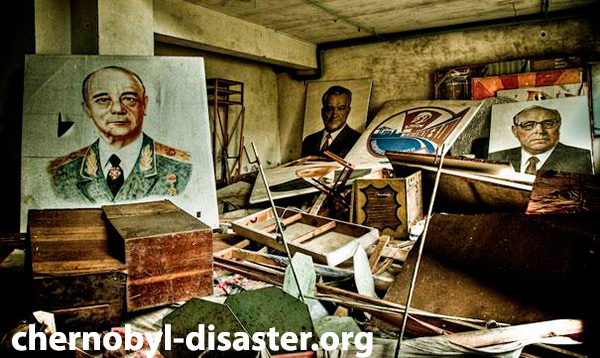 Even today, the number of people who were killed by the effects of the disaster is unclear. At first when the explosion occurred, thirty one workers were killed in addition to those who were administering first aid to the injured. Some firemen were also among those who lost their lives. Ranging from the year of the accident up to 1990, a period of 4 years, many of the cleanup crew members were hospitalized and some even contributed to the increasing Chernobyl death toll. The Ukraine government had said at one time that 12,000 liquidators lost their lives. The Ukraine Ministry of Health also released information that 125,000 deaths occurred. This information was distributed in 1996, a period which was 10 years after the Chernobyl accident. To this day in 2015, the actual Chernobyl death toll is still not accurately known or determined. 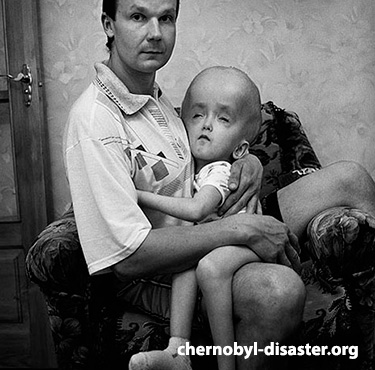 People who were evacuated and those who were liquidators during the cleanup have had an increased number of deaths due to the after effects of the disaster. They developed medical issues related to the respiratory tract as well as the digestive tract, some even cancer. The area also saw an increase in the number of thyroid cancer cases, leukemia and also lymphoma after the accident and unfortunately more deaths occurred due to this. It is difficult to determine exactly how many people were affected and how many have died and this due to the lack of reporting Chernobyl information.

Due to the high number of people who developed thyroid cancer, it is said that this may cause additional deaths in the future after the accident. An estimated 1000 deaths may occur because of thyroid cancer. This figure includes both children and adults. Many people could not opt for surgery to prevent the spreading of cancer because they couldn’t afford medical care. This is why the additional death toll may possibly reach or exceed an additional 10,000 people. 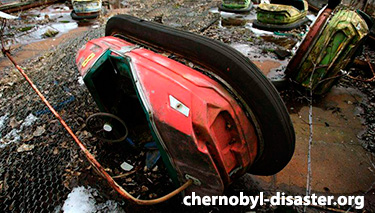 Even 25 years after the disaster, the full facts are still not known. Is Chernobyl safe today? The answer is that everyone has different opinions.

The fact that touring time in the city is limited because of the effects may be a sign that Chernobyl victims today who were evacuated still may be able to return to their beloved land and homes.

The sarcophagus was constructed after the disaster that occurred in April of 1986. Its main purpose was to control the amount of radiation that was released into the environment. The sarcophagus was designed to protect the climate by blocking the areas of high danger. It’s now known as the exclusion zone. After it was built, it successfully blocked 200 tons of corium contamination as well as dust and it also blocked a high amount of uranium as well as plutonium. Within the sarcophagus, the radiation level was 10,000 roentgens every hour which is well over the lethal amount of 500 per 5 hours. This sarcophagus was “retired” and then replaced with the New Safe Confinement. 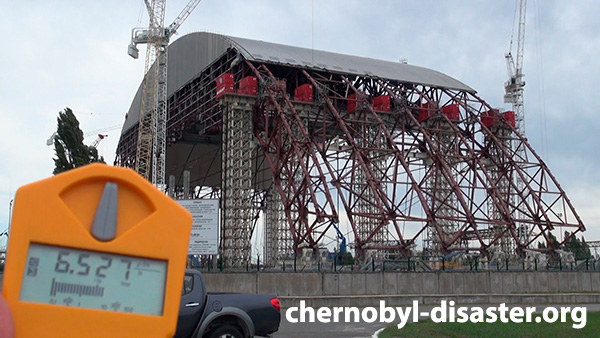 Although humans no longer occupy the area, wildlife has now returned to what they now call home, safe from hunting and other problems initiated by people. There are many deer, moose, and wild boar living in the human-unoccupied land. They are thriving in the Chernobyl exclusion zone. The population of wildlife in comparison to areas that are not affected by the radiation and contamination is about equal, based on a study done by scientists. In some places, it may even be greater. The population has increased during the past 10 years. Though radiation still exists, it does not make the area safer for animals. They still remain only because they can be at peace without any type of threats from people. 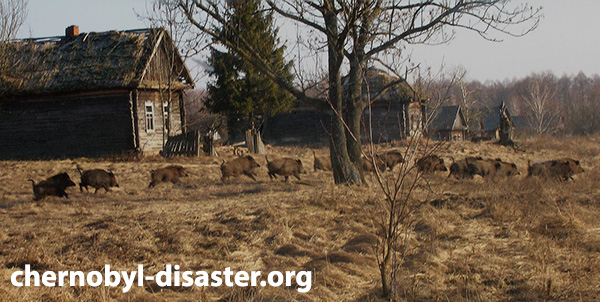 After the accident, the number of deer and fauna moved into the area. They were affected by the level of radiation in that food was scarce and the plant conditions were poor. Many plants in this vicinity were stunted. The number of wild boar in the area significantly increased but there were some that suffered from mutations. Some of the birds in the area were also affected and there have been reports of some who had strange looking tails and feathers. Other wildlife in the area includes beavers, wolves, eagles and storks.

The Red Forest Chernobyl and Wildlife 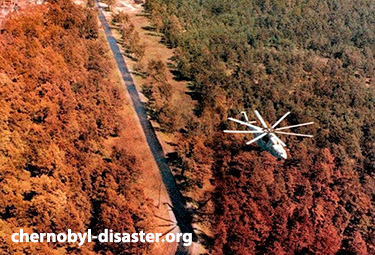 The Red Forest Chernobyl was once known as the Wormwood Forest. It is a 10 kilometer area that is around the nuclear plant and it falls into the Chernobyl Exclusion Zone. The forest was named this because of the color of the pine trees in the area turning this color due to the radiation released by the nuclear plant disaster. This is still a very highly contaminated location making it unsafe for inhabitants, humans or not. Though it is contaminated, wildlife still thrives in the area.

Though the accident involving Reactor 4 shut it down, the other reactors were operating but not for very long. Reactor 2 burned in 1991 from a fire and due to this, operations were shut down. Reactors 1 and 3 were also shutdown in 1996 and 2000, respectively. The replacement process has begun. The first step is to remove all of the things in the area that still contain radiation and move them to cooling ponds filled with water. These items cannot be kept in storage because of the limited amount of space and long-term effects. New facilities are planned because the existing storage cannot house the remains such as fuel from the three remaining reactors. Decommissioning the reactors relied heavily on the removal of Reactor 4 as well as when it could be decontaminated. The Chernobyl reactor today is not running. Even if reactor 4 is removed, it will still be contaminated and radioactive for many years, even up to 1000 years. 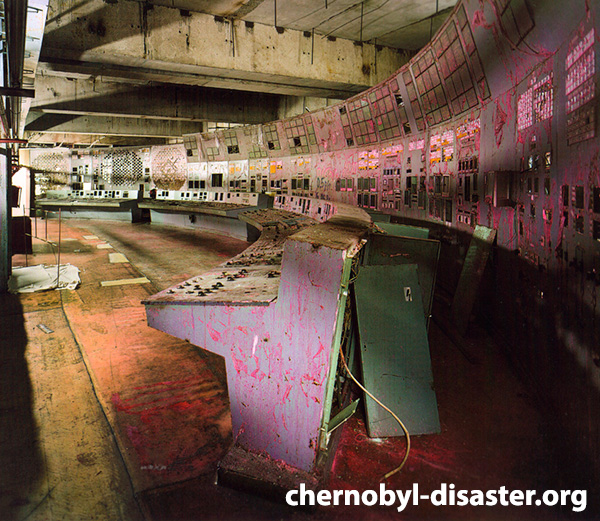